It took more than six hours for Facebook to address the problem, which the company claimed was caused by a “faulty configuration change” on its end. Over 3.5 billion WhatsApp users around the world were affected by the service’s downtime.

That the Facebook outage was so severe and that it not only rendered services such as WhatsApp inaccessible but that it also caused facebook.com and its servers to vanish from the face of the internet was particularly interesting. It seemed as if the entire Facebook platform had vanished overnight.

This was one of the most prolonged disruptions that Facebook and its services, such as WhatsApp, have ever experienced. Soon after stories of Facebook’s outage spread like wildfire throughout the Internet, conspiracy theorists asserted that the outage had been caused by a major cyberattack.

After hours of speculation, Facebook published a blog post in which the company ruled out any possibility of a hack. According to the site, a problem in the routers was the root cause of the global outage. The outage has been attributed to an erroneous configuration update, according to Facebook.

WhatsApp, Facebook, and Instagram were all reported to be down by the outage tracking service Down Detector at approximately 8:45 p.m. local time on Monday. Users were unable to view the feed on both Facebook and Instagram due to technical difficulties. Every time the users attempted to refresh their Facebook or Instagram feeds, they were greeted with “connection error” warnings. Users were unable to send or receive messages on WhatsApp, which was a similar issue.

As soon as the problem was discovered, Facebook recognized it and assured users that the services would be restored shortly. However, the event did not take place as planned. Even hours after the incident was reported, Facebook, WhatsApp, and Instagram were all still unavailable. Signal benefited from Facebook’s outage, which resulted in an inflow of users who resorted to the WhatsApp competitor when they were unable to interact using the social media platform.

After hours of service interruptions, web users began to realize that something major had struck Facebook this time. Many people thought that Facebook had been taken offline as a result of a cyberattack, or that a disgruntled Facebook employee had messed up the company’s server infrastructure.

Some people, however, who are more knowledgeable with how the internet works correctly identified the issue as being with Facebook’s DNS servers and BGP routing protocol (the local peering network that Facebook uses).

An interesting aspect of the malfunction was how it caused Facebook servers, including the servers for Facebook.com, to disappear from the internet’s map of computers. These servers would not even accept a ping via the TRACERT protocol. The severity of the outage was such that even Facebook officials were unable to analyze the situation due to the fact that the company’s security mechanisms were acting as a hindrance. According to reports, all of the electronic doors and locks have stopped working.

Almost six hours after the social media giant was able to restore services, the company released a list of the factors that contributed to the large outage. “Our technical teams have discovered that configuration changes on the backbone routers that coordinate network traffic between our data centers produced issues that led this communication to be disrupted,” Facebook said in an announcement.

Because of the disturbance in network traffic, our data centers were unable to connect with one another, and our services came to a grinding halt. The social media business also stated that it has found no evidence that user data has been hacked as a result of the outage in question.

According to reports, Facebook CEO Mark Zuckerberg suffered a financial loss of more than $7 billion dollars as a result of the outage, which lasted more than 6 hours in total. 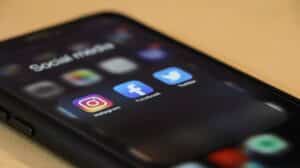