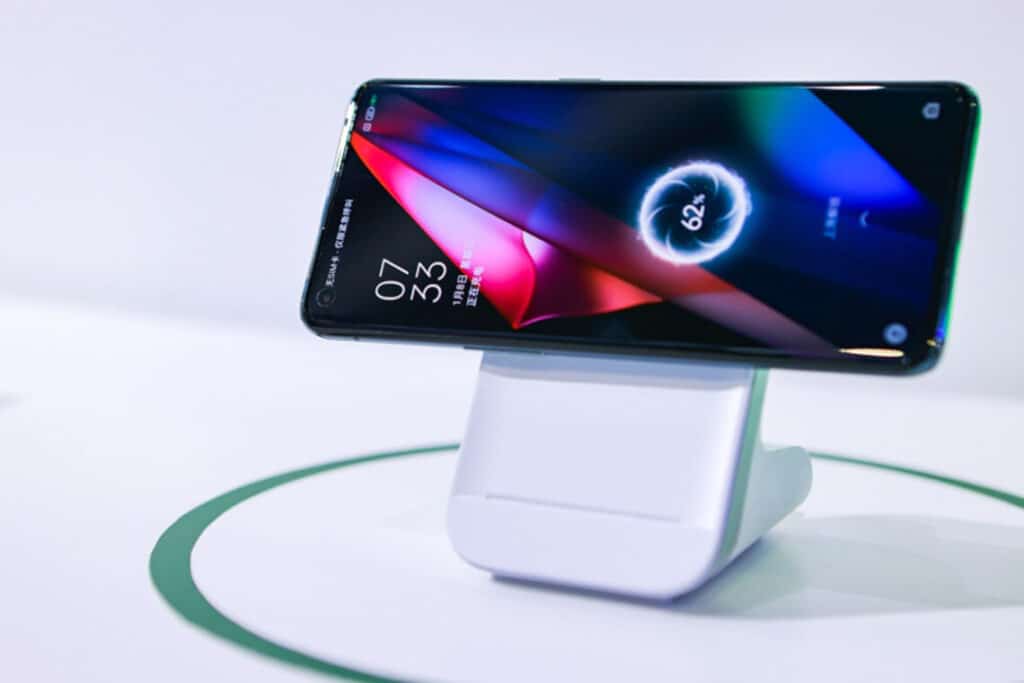 As a result, let’s have a look at what Oppo will be able to provide with its new magnetic charging technology for Android smartphones and tablets.

Oppo’s latest wireless charging technology, dubbed the MagVOOC charging technology, makes use of specialized magnets located at the rear of smartphones to charge them wirelessly. There are similarities between this technology and Apple’s MagSafe charging system, which the Cupertino company re-introduced with the release of its iPhone 12 series last year.

Accessories for the Oppo MacVOOC Series

Oppo not only demonstrated its MagVOOC magnetic charging technology, but it also introduced new charging accessories that are part of the MagVOOC series as well. The three items include a MagVOOC wireless power bank, a MagVOOC ultra-thin flash charger, and a MagVOOC wireless flash charging station, all of which are available for purchase.

So, starting with the ultra-thin MagVOOC flash charger, it appears to be a carbon copy of Apple’s and Realme’s offerings in terms of design. The charger’s circular shape is built on magnets, and it is designed to match with the MagVOOC-compatible magnets found behind the rear panel of smartphones. This one, on the other hand, requires that you connect it to a wall adapter through a USB link.

Oppo’s MagVOOC series features a portable wireless power bank that allows users to enjoy a completely wireless experience. These magnets attach to the rear of cellphones like Apple’s $99 MagSafe Battery Pack, and they are identical in appearance to the MagSafe.

At long last, Oppo unveiled a MagVOOC wireless flash charging station that takes advantage of the MagVOOC charging technology to charge Android devices through a wireless connection. In addition, it allows users to dock their smartphones on the stand in both horizontal and vertical orientations. The ability to watch material on their cellphones while simultaneously charging them will be made available to consumers in this manner.

It is important to note that Oppo has not stated how quickly the MagVOOC series would be able to recharge Android devices. Furthermore, neither the accessories nor the MagVOOC-enabled smartphone was given a specific release date by the manufacturer.

So, keep an eye out for additional developments in these sectors in the next days and weeks. As well, let us know what you think of Oppo’s new magnetic wireless charging technology for Android devices in the comments section below!