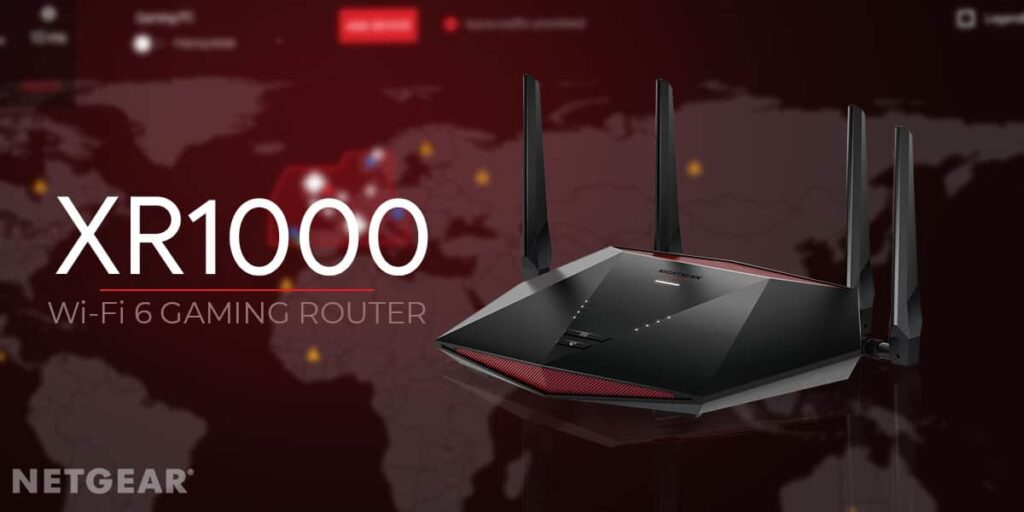 Netgear, a provider of Wi-Fi solutions as well as a variety of Wi-Fi Mesh products, announced on Monday the introduction of the Nighthawk XR1000 Pro Gaming Wi-Fi 6 Router for the Indian market, which would be available in the coming weeks.

In addition, the business claims that the XR1000 router can function at speeds of up to 5.4 Gbps when using Wi-Fi 6. Effectively packing and scheduling data, also makes it possible for a larger number of users to connect more devices at the same time without affecting the speed or stability of the network.

The NETGEAR Nighthawk Mobile App for Android and iOS devices allows users to administer the XR1000 from their smartphones or tablets.

The Nighthawk XR1000 Pro is powered by DumaOS 3.0, a gaming and streaming operating system built for gamers and broadcasters of various abilities. The operating system enables the router to stabilize ping, thereby reducing lag spikes, and to keep the player in the game with reliable wired and wireless connectivity for fast-paced gaming and solid uploads for content creation, as well as with reliable wired and wireless connectivity for content creation. According to the manufacturer, the router is powered by a Triple Core 1.5GHz Processor and is capable of handling the high demands of VR gaming, 4K streaming, and other activities.

It is noted by Netgear that the router is pre-loaded with Geo-Filter settings, which assist in picking the optimum internet connection for gaming by blocking out high-ping game server connections. The Ping Heatmap allows you to ping gaming servers from all around the world and compiles a ping history that may be used to determine which server has the greatest connection for you to play on.

The XR1000 router is equipped with Advanced Cyber Security, which includes privacy protection, online family safety, and network security against cyber threats, among other features.

WPA3 encryption, the Traffic Controller firewall, and the NETGEAR Armor (powered by BitDefender) anti-virus, anti-malware, and data protection technologies all contribute to the security of the network. The router has four wired Ethernet ports, which allow you to connect to your PC, game consoles, and other devices at wired rates of up to 1 Gbps, depending on your network configuration.

As well as an ethernet cable, a quick start guide, and an AC power adapter, the router is equipped with a 1.5GHz Triple-Core processor and four removable antennas for increased range and coverage. It weighs 600 grams and contains a flash memory of 256MB and a RAM capacity of 512MB. It is equipped with WiFi 6 (802.11ax) technology as well as Dual Band WiFi (AX5400). AX5400, the Nighthawk XR1000 Pro Gaming Wi-Fi 6 Router (AX5400), is now available in India through several e-commerce channels, including the NETGEAR authorized to store, for a price of Rs 31,999, and on the NETGEAR store website (https://www.NETGEARstore.in).