A portion of Huawei Technologies’ once-dominant phone division was sold to satisfy U.S. sanctions in the first half of 2021, and the company’s new development sectors have yet to reach full growth, leading to the company’s worst revenue decline in its history.

According to the company’s announcement on Friday, it earned sales of 320.4 billion yuan ($49.56 billion).

According to a business spokesman, it managed to squeeze out a 0.6 percentage point increase in its net profit margin to 9.8 percent, mainly as a result of efficiency gains.

Earlier this year, former U.S. President Donald Trump placed Huawei on an export blacklist and banned it from accessing key technology of U.S. origin, limiting the company’s ability to develop its own processors and obtain components from third-party suppliers.

According to consultancy Canalys, the penalties had a negative impact on Huawei’s mobile business, which resulted in the company falling out of the top five suppliers in China for the first time in more than seven years in the second quarter, despite shipping 6.4 million devices.

According to the latest available data, 27.4 million phones were delivered in China in the second quarter of 2020, excluding sales of Honor budget devices.

In November, Huawei announced the sale of the brand.

The Huawei logo can be seen in front of the local headquarters of the company in Warsaw, Poland, on January 11th, 2019.

In 2019, the consumer business accounted for more than half of the company’s total revenue.

In addition, revenue from Huawei’s telecommunications equipment sector dropped 14 percent in the first half of the year, according to a company spokesman, which was partly due to a slowdown in China’s 5G deployment.

According to an internal document from founder and CEO Ren Zhengfei, which was obtained by some media agencies in May, Huawei is attempting to shift its focus away from hardware and into software and commercial sectors that are not subject to U.S. influence.

During a press conference after the results, Huawei’s rotating chairman, Eric Xu, said that the company’s goal is to “survive and grow sustainably.” For the next five years, we’ve established our strategic objectives.

With the launch of the Harmony operating system in June, the business no longer relies only on Google’s Android platform for its operations.

According to a company spokesman, revenue from Huawei’s enterprise business group increased 18 percent in the first half of the year to 42.9 billion yuan, as the COVID-19 epidemic increased demand for ICT connection.

As reported by Canalys, Huawei is also seeing significant growth in its cloud services sector, which has grown by more than doubling in size in the first quarter to capture a 20 percent market share in China. 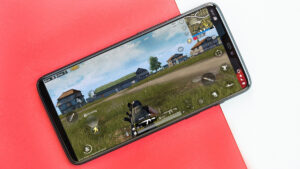