Many users might be waiting for iOS 15 and one of the most interesting aspects of the impending iOS 15 update is SharePlay.  Apple has agreed to postpone the availability of SharePlay until a later date, which means that customers will not be able to use it in the initial public version of iOS 15, iPadOS 15, tvOS 15, and macOS Monterey, which will be available in the fall of 2015.

What is SharePlay in brief?

SharePlay is a FaceTime feature that allows users to view movies and television episodes with others while on a FaceTime conversation. Additionally, it enables them to synchronize music playback on Apple Music as well as share iPhone displays, among other features.

According to an announcement on Apple’s developer website, “SharePlay will likewise be disabled for usage in their first releases this autumn.” SharePlay has likewise removed in the developer beta 6 releases of iOS 15, iPadOS 15, and tvOS 15, which have already begun trickling out to eligible users, and the future beta 6 version of macOS Monterey will also be devoid of SharePlay functionality.

Apple stated that developers would be able to test SharePlay in future beta versions, and that the feature will be made available to the general public later this autumn through the public release channel. This indicates that the firm expects to introduce the SharePlay functionality within this year, about one or two months after the public release of iOS 15, iPadOS 15, tvOS 15, and macOS Monterey. Apple has not stated when the feature will be available. “We recognize that many teams have been hard at work developing SharePlay experiences, and in order to guarantee that your development is not disrupted, we have created a SharePlay Development Profile that will enable effective generation and receipt of GroupSessions via the Group Activities API.”

Delay of SharePlay for iOS 15

Because SharePlay isn’t ready for release with the final releases of the iPhone, Apple TV, and Mac software, Apple is likely to include it in later versions of their products as a workaround. If SharePlay is included in iOS 15.1 or iOS 15.2, for example, it will be available. Apple has not provided any specific information on a release date at this time. In addition, there has been no indication of the reason for the delay in SharePlay’s release.

Other features mentioned at the WWDC earlier this year that have not yet been included in either the development or beta versions of iOS and macOS include Universal Control and Continuity Control. Apple has not officially announced the feature, and there is no word on whether or not it will be included in the final release of iOS 15 and macOS Monterey, which are now in beta. Users of the iPhone and Mac will be able to cast content from one device to the other via Universal Control. This works in a similar way to how iPhone owners can mirror their screen to an Apple television. 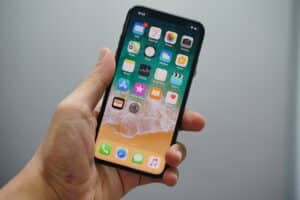