WhatsApp has been working on a number of different projects to improve the user experience. The most recent feature that WhatsApp is apparently developing would allow users to select the video quality before sending it to their friends, according to reports. The messaging app WhatsApp has certain restrictions when it comes to delivering high-definition videos. Many of the high-quality movies that are transmitted over WhatsApp are compressed and then distributed as a document to their recipients. Because they explicitly allow users to share high-quality movies, the messaging applications that have RCS capabilities have an advantage over WhatsApp in this situation.

WhatsApp is working to resolve the issue as quickly as possible for its users. Being unable to send a video that has been shot in high-definition may not be a pleasant experience. According to Wabetainfo, WhatsApp is currently testing a feature that will allow users to select the video quality they want to send to their friends before sending it. The functionality was discovered in an Android beta version.

It has been revealed by Wabetainfo that WhatsApp users will have three options to pick from before they can send a video message to their friends. The first choice is the Auto mode, which allows WhatsApp to automatically choose which compression method is the most appropriate for a given video.

The Data Saver will be the third option that will be made available to the consumers. Choosing this option causes WhatsApp to compress videos before delivering them to you. According to the WhatsApp features tracker, the feature is presently under development and will be made accessible in a future update to the app.

Another feature that WhatsApp was said to be working on was the ability to send real-time waveforms with voice chats. The WhatsApp features tracker indicates that when you record a new audio message, WhatsApp will now begin displaying real-time speech waveforms, according to the tracker.

Waveforms for audio communications are now available on WhatsApp for a limited time. When you start recording voice messages, the real-time waveforms will begin to show on the screen. A beta version of the functionality has been discovered in the WhatsApp for Android beta version, and it is still being worked on.

The feature has been removed from WhatsApp beta for Android 2.21.13.17 after the company chose to make some adjustments and enhancements before the feature was re-released. According to what you may already know, waveforms will take the place of the seek progress bar. However, WhatsApp is now working on another feature that will make use of voice waves! The tool has been found in a future WhatsApp version, which means it is not yet available to the general public, according to the Wabetainfo article. 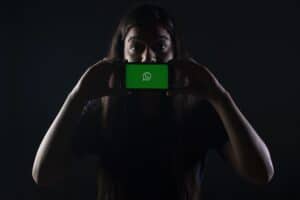