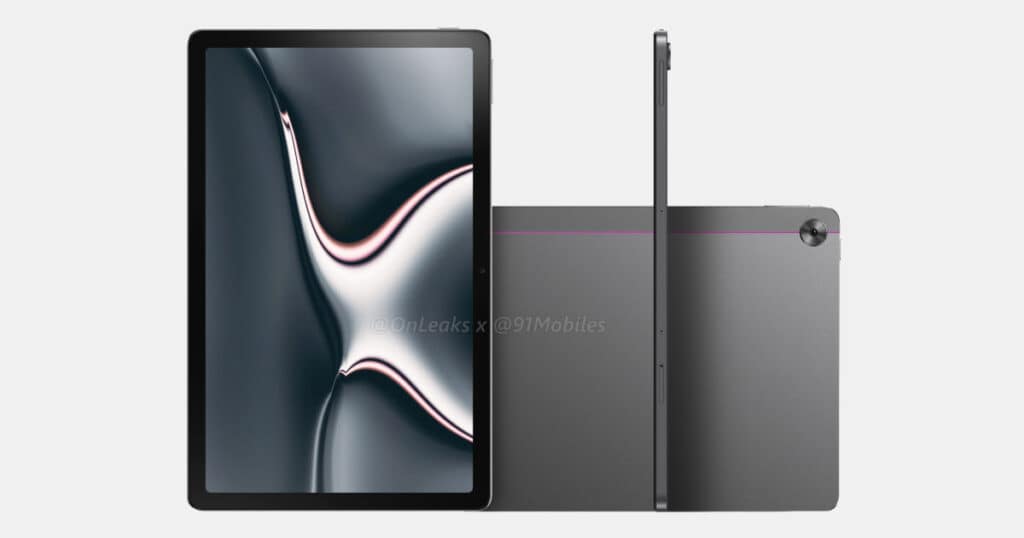 The Realme Pad, the company’s first-ever tablet, will be released later this year.

The exact release date is still unclear, but leaks are flooding in, and some of the most important specs of the forthcoming Android tablet have already been disclosed.

According to a recent rumour, the Realme Pad will include an 8-megapixel camera on both the front and back of the smartphone.

This will be particularly beneficial for those who are participating in video conversations at a higher rate than ever before.

And because people are using tablets at an increasing rate, a 7000mAh battery will be required to keep the lights turned on.

As reported by Sudhanshu Ambhore, the Realme Pad would include an 8-megapixel camera with a 1/3.6-inch image sensor, autofocus, electronic stabilisation and an F2.8 lens with a wide-angle field of view.

It will also have an F2.8 lens with a wide-angle field of view. And, except for one feature, all of the camera’s specs will be available on both the front and back cameras.

The front camera will feature fixed-focus rather than autofocus, which is something we have been seeing on not only tablets but also phones in recent years, according to the company.

Because the front camera is fixed-focus, it will require more effort on your part, but it does not imply that the quality will be any poorer than that of the back camera.

According to the source, the Realme Pad will also include a 7000mAh battery, which indicates that it will last far longer than the average tablet. Battery life is now determined by a variety of factors, including the display quality and refresh rate.

However, in addition to the hardware, how you use the gadget has a significant impact on its performance. One thing that will be interesting to watch is if Realme applies its industry-leading 65W rapid charging technology to the Realme Pad.

Hopefully, they do. Because the 65W fast-charging technique is now calibrated only for 4500mAh batteries, additional adjustments may be required before the technology is implemented on the tablet.

On the surface, the Realme Pad appears to be the company’s response to the Apple iPad. Because there is a metallic finish all around with flat sides, this is true.

Previous renderings have revealed that the Realme Pad would only have a single camera on the back, which is another point that makes the device more comparable to the OnePlus 6.

The bezels will be small, and the design will be button-free, according to the renderings that have surfaced so far.

Realme said that it will introduce the Realme Pad this year during the GT 5G launch event for the European market, which took place earlier this month. Not only is the company working on a tablet, but it is also developing its first laptop, which will be named the Realme Book.

For what it is worth, the Realme Pad and the Realme Book may be released at the same time. It is simply that the timeline is a little hazy right now.