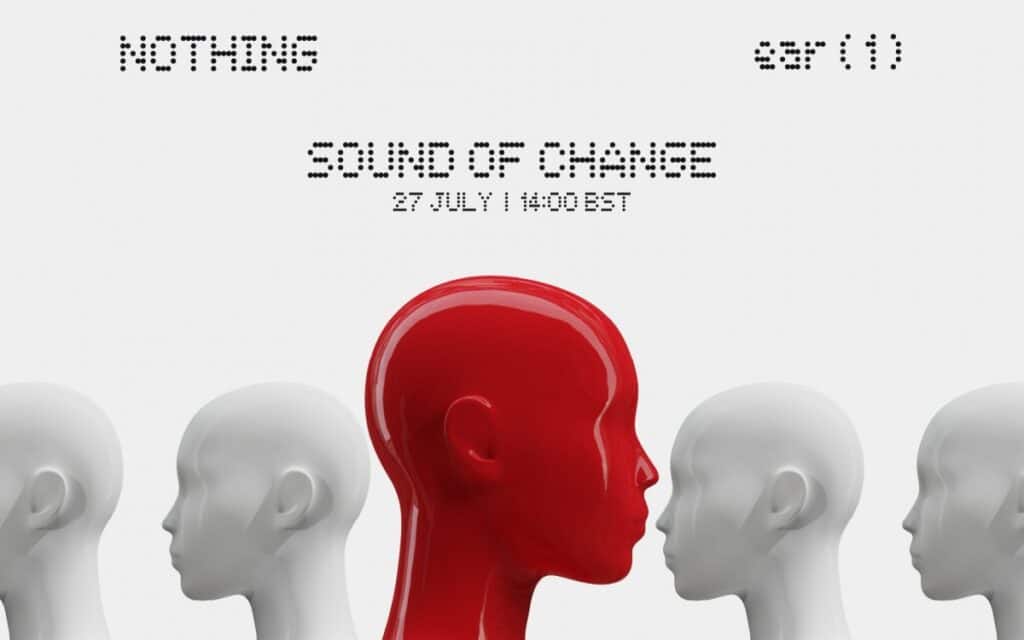 In an announcement on Tuesday, Nothing, Carl Pei’s new business, said that the ear (1) genuine wireless earbuds will be equipped with active noise canceling. In addition, the firm has revealed the global pricing for the Nothing earphone (1).

The ear (1) will be available for purchase for a worldwide price of GBP 99. (roughly Rs 10,200). The latest statement from Carl Pei’s initiative is an attempt to generate interest ahead of the company’s planned debut on July 27. The ear (1) is the very first object that came out of Nothing.

In an interview with TechCrunch, Pei discussed the major announcements that would be made by his new business, Nothing, in the coming weeks. A spokesperson for Pei has stated that the first product from his current business, the ear (1), would have “excellent build quality.”

Nothing, under the Flipkart collaboration for the Indian market, would place a strong emphasis on online sales channels, Pei stated. He also stated that this will assist the firm in maintaining reasonable, if not inexpensive, pricing.

Because Nothing is a London-based enterprise, the price translation we have provided in our title is based on the London pricing, which is beneficial to our readers.

Pei also made a comparison between the ear (1) and the Apple AirPods Pro, which sell at Rs 24,900 in India.

Notably, the ear (1) is one of the first three gadgets that the firm intends to release at the start of the year. For its initial few items, the business is concentrating on a few key areas, including the United Kingdom, India, and Europe.

Nothing was revealed about plans for India ahead of the worldwide launch on July 27. Nevertheless, Manu Sharma, Vice President and General Manager, Nothing India, stated to India Today Tech a few weeks ago that the business is investigating several avenues to reach more Indian clients as part of its expansion strategy.