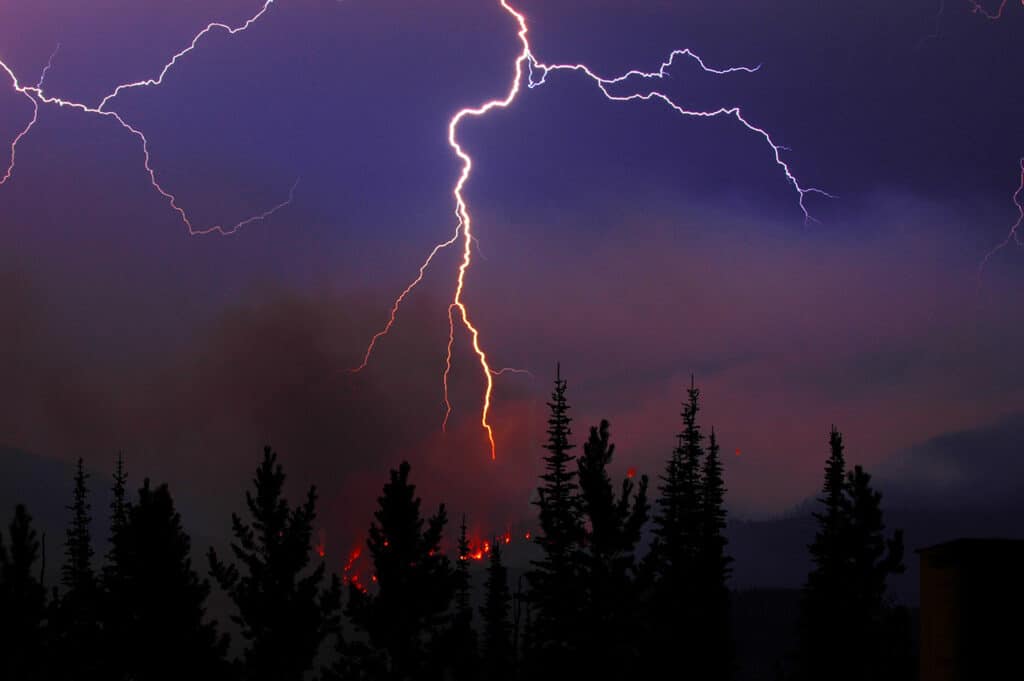 Earlier this week, three consecutive thunderstorms blasted over the frigid Arctic from Siberia to the northwestern tip of Alaska, releasing lightning bolts in an uncommon occurrence that experts predict will become less often as the world’s temperature rises.

Concerning the storms that began on Saturday, Ed Plumb of the National Weather Service in Fairbanks noted that the forecasters had never seen anything like it before.

A typical characteristic of atmospheric conditions over the Arctic Ocean, mainly when the ocean is covered with ice, is a lack of convective heat, which is necessary to form lightning storms.

Nonetheless, scientists believe that this is changing as climate change heats the Arctic faster than the rest of the globe, according to their findings. 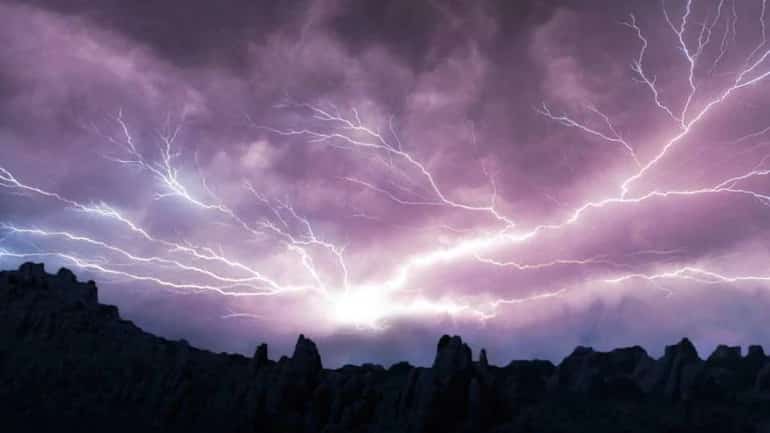 Since 2010, the number of summer lightning outbreaks within the Arctic Circle has more than tripled, according to a study published in the journal Geophysical Research Letters in March. The increase is directly related to climate change and increasing sea ice loss in the far north, the researchers concluded. As sea ice recedes, more water is available for evaporation, contributing moisture to the rising atmosphere.

Robert Holzworth, an atmospheric physicist at the University of Washington in Seattle and a co-author of the study, said, “It’s going to move with the temperatures.”

These electrical storms endanger boreal forests on the Arctic’s periphery, causing wildfires in isolated areas that are already frying in the scorching heat of the summer sun around the clock. According to Holzworth, the Russian area of Boreal Siberia experiences more lightning than any other location in the Arctic.

The research also found that lightning strikes occurred more often over the Arctic’s treeless tundra areas and above the Arctic Ocean and packed ice. The researchers discovered that lightning hit as close as 60 miles (100 kilometres) from the North Pole in August of this year.

According to two analyses published last year in the journal Climatic Dynamics by scientists at the National Center for Atmospheric Research in Boulder, Colorado, if present climate trends continue, thunderstorm activity in Alaska is on course to rise threefold by the end of the century.

In the words of Rick Thoman, a climate scientist at the University of Alaska Fairbanks, “what used to be extremely unusual is now merely rare.” According to him, as this week’s procession of Arctic storms revealed, lightning is already occurring in unexpected locations. Three days of this sort of activity in the Arctic “is something I have no recollection of,” says the narrator.

For the first time in history, Arctic Lightning has sparked forest fires.

As a result of a dramatic increase in lightning activity, forest fires in Siberia have become increasingly destructive in recent years. This week, the Russian army sent water-dropping planes to douse the flames that consumed over 2 million acres (800,000 hectares) of the forest. At the same time, the province of Yakutia, which has been severely impacted, has been severely impacted under a state of emergency for many weeks.

According to experts, warming in the Arctic is also promoting plant growth on northern Alaska’s tundra, contributing to the spread of wildfires.

According to experts at the International Arctic Research Center in Fairbanks, by the end of the century, twice as much Alaska tundra may be burned regularly as has been the case in the past, with fires occurring four times more frequently.

According to Holzworth, as the sea ice recedes, lightning is becoming a greater danger to seafarers, and vessel traffic is growing due to the retreat.

People may become lightning poles, and they will often want to go as low as possible for safety. On flat tundra or ocean expenses, this is not easy to do. When it comes to lightning, “what you really need is to pay more attention to the predictions,” he added.