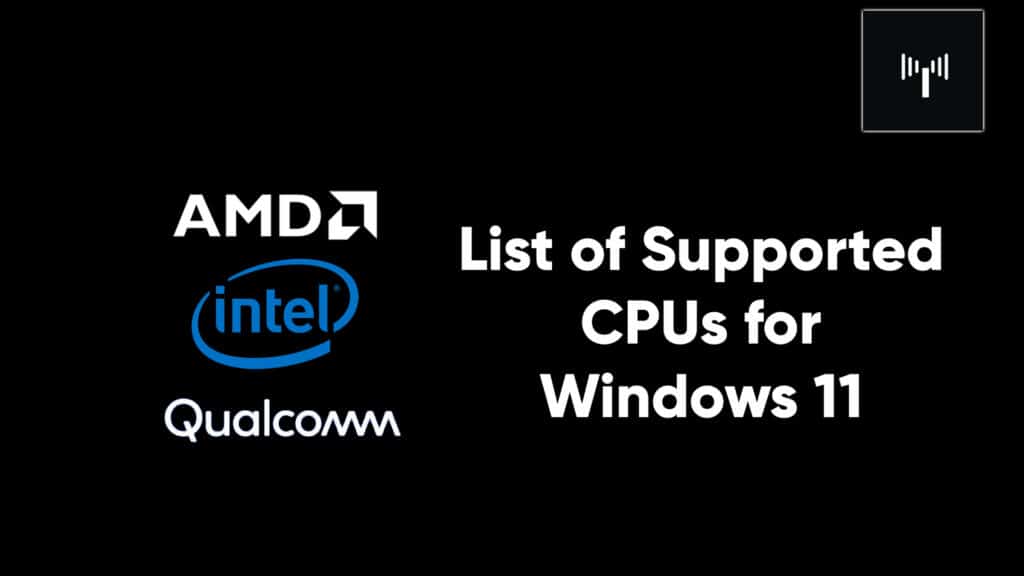 Earlier this week, Microsoft introduced Windows 11, and the company has been releasing documentation throughout the time. In fact, the criteria for the system has changed. You’ll need a 64-bit processor with at least two cores if you want to use this package. The amount of RAM and storage space required has been increased to 4GB and 64GB, respectively. In addition, TPM 2.0, DirectX 12, a Precision touchpad, and other additional requirements have been added.

As is usual with Microsoft, the company also provides a list of CPUs that are compatible with Windows. Unlike previous versions of Windows 10, when the firm simply added new processors to the list as they became available, Windows 11 removes some processors from the list.

It’s important to note that if your CPU isn’t on the list, it’s not always the end of the world. It’s possible that it will function anyway, that Microsoft will modify the list later, or that there will be solutions.

However, while the official specification calls for a 64-bit CPU with at least two cores and a clock speed of at least 1GHz, the list of compatible CPUs does not reflect this. Microsoft has removed most Intel CPUs from the list, including those from the sixth and seventh generations.

The following is the complete list of Intel CPUs that are supported:

The following is the complete list of AMD CPUs that are supported:

The following is the complete list of Qualcomm CPUs that are supported: