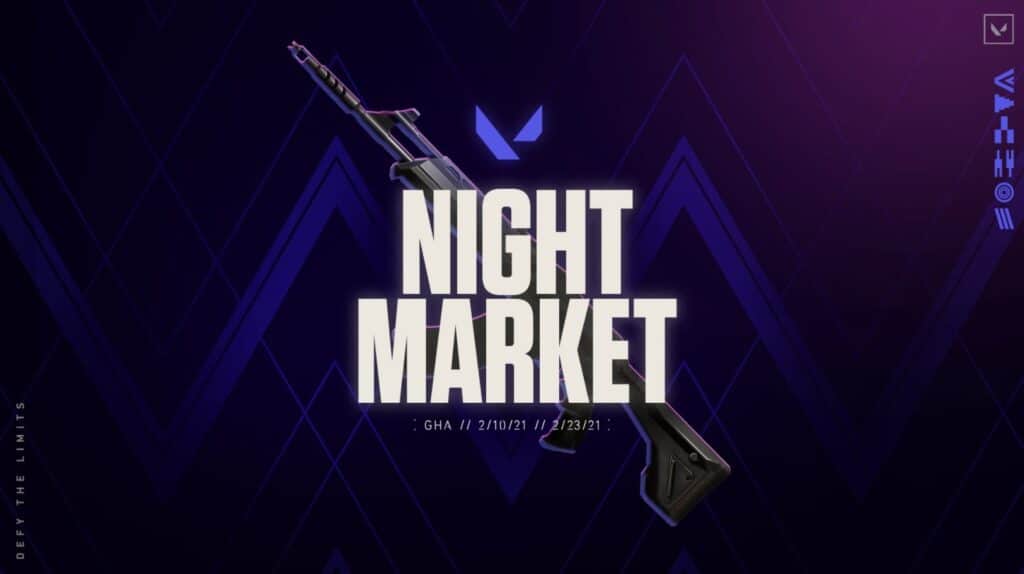 Night Market gives exciting offers and discounts on 7 Card (which might contain Melee and Guns from different Tiers).

How to deal with Night Market?

If you don’t own every single premium skins of any weapon, you’ll receive two or more of the products offered in the Night Market, the Premium edition is a skin that is generally rated at 1775 VP or above. You cannot get 4 ghost skins, 3 Vandal skins or 3 Classic skins offers from the same weapon.

Changes to the way the market works ensure that players have a chance to get discounts on premium skins, and they won’t get too many random deals on the same weapon.

There are both types of responses Riot games is getting from the Community on the Night Market event (lottery-like concept). Some people from the Community have been positively expressing their views on the Night Market wherein they are getting some premium gun skins at very lower pricing. But some other part of the same community was happy with the Night Market System during last year, but they are complaining about it this time as they are not happy with New Night Market Event. As Riot did not offer too many items in their rotations or some premium weapons, people keep continuing their tweets to @PlayVALORANT (official Twitter account of Valorant)

Valorant tweet says, “Night Market is back! You never know what will be on offer at Night Market, and weapon vendors rarely offer the same prices twice. The dealers at Night Market will cater their deals exclusively to you. Press your luck via the in-game store tab now.”

Also after several complaints from the community, they did some changes to the Night Market system which they informed the community by a tweet.

“Speaking of luck, we’ve added in some Bad Luck Protection to guarantee your offers are exciting. Here’s what’s new:

Night. Market is back!

You never know what will be on offer at Night. Market, and weapon vendors rarely offer the same prices twice. The dealers at Night. Market will cater their deals exclusively to you. Press your luck via the in-game store tab now. pic.twitter.com/Bhv8egVF5B