If you are a Fan of AmazonBasics products which are available at cheaper rates and quality material, then here’s good news for you. AmazonBasics has launched many other products in the past including gadgets, appliances, computer accessories, and fashion apparel but they launched TV for the first time.

AmazonBasics TV has been launched in two different sizes, wherein one is 50 inch and another one is 55 inch. This Brand’s TV is already available on the eCommerce website Amazon for purchase. Both the Sizes comes with 4k resolution (3840 x 2160 pixel)

According to the AFTVNews website, Amazon is also planning to launch a 43-inch 4K TV in India with similar specs in addition to a 43-inch 1080p TV and a 32-inch 720p TV running on the Fire TV OS. The software experience on the AmazonBasics Fire TV Edition is identical to the Fire TV Stick, and it does offer all major streaming services. 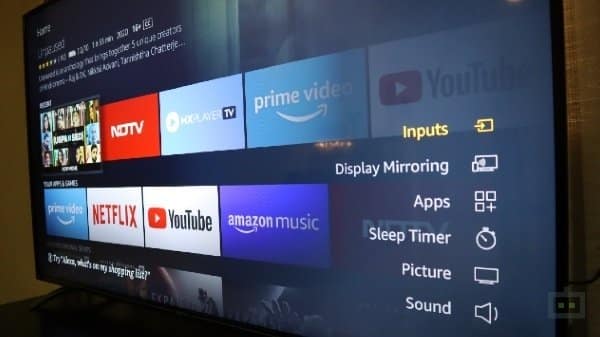 AmazonBasics 50 inch TV model is priced at ₹29,999 onwards and 55 inch TV is priced at ₹34,999 and both will get listed on the Amazon India website soon. Both models will get available on Amazon for up to ₹1,500 for Amazon Prime ICICI Credit card users. It might have more offers on Debit Card users too. Amazon Prime members will get multiple benefits for pricing on these products.

The AmazonBasics TV range will compete with smart televisions under similar price ranges from brands such as Xiaomi, OnePlus, TCL, and Vu, among others.

For Budget, it would be a great offer in Television Category and AmazonBasics will have a very tough competition with other brands like Xiaomi, OnePlus, etc too.  Do visit Amazon and have a look over Fire TV Edition.