LinkedIn has announced that it is going to launch its own live video streaming service. The live video feature will be known as LinkedIn Live. The move will mean that the professional-oriented social media platform join other big players such as Facebook, Twitter, and Instagram in offering this service.

Although it seems like the move has come too late, it is better late than never. The Microsoft-owned platform will allow users to stream videos through both the website and the platform’s mobile app. Currently, LinkedIn Live is on the testing and it is expected that it will be unveiled to everyone very soon.

The new feature means that individuals and businesses that would like to reach out to people will now be able to use LinkedIn Live. The feature will also be ideal for live proceedings, video conferencing, webinars, Q&A sessions, product launch, and many other applications.

The introduction of LinkedIn Live is proof that the platform is trying to expand its functionalities and also user base. It will also improve the interaction between users on the platform.

To provide the video streaming feature seamlessly, LinkedIn has partnered with several third-party developers who are providing live video broadcasting and streaming services. Some of the partners include Wowza media Systems, Socialive, Switcher Studio, Brandlive, and Wirecast.

On the other hand, Microsoft’s Azure Media Services is expected to provide encoding for the new live video service. This is despite Microsoft’s efforts to stay away from directly controlling LinkedIn. It is quite unexpected that Skype is not part of the latest developments.

The beta version of LinkedIn Live will first be launched in the US. LinkedIn plans to make it an invite-only process whereby only a selected number of LinkedIn users will be allowed to test the platform.

The case of a latecomer

When compared to other social media platforms such as Facebook, Twitter, and Instagram, LinkedIn is a perfect case of a late bloomer when it comes to the live video streaming feature. The platform was even the last one to introduce the ordinary video feature.

According to data from the company, the introduction of non-live videos boosted the platforms traffic and even revenue. “ Currently, the video is the fastest growing format in our platform and the one that is likely to get more people engaged,” said Pete Davies, director of product management.

Davies further stated that many people have been requesting for the live video feature. It seems LinkedIn has finally responded to the demands of its users. 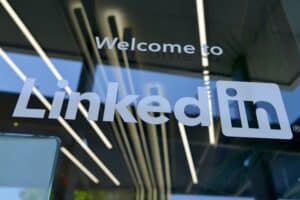