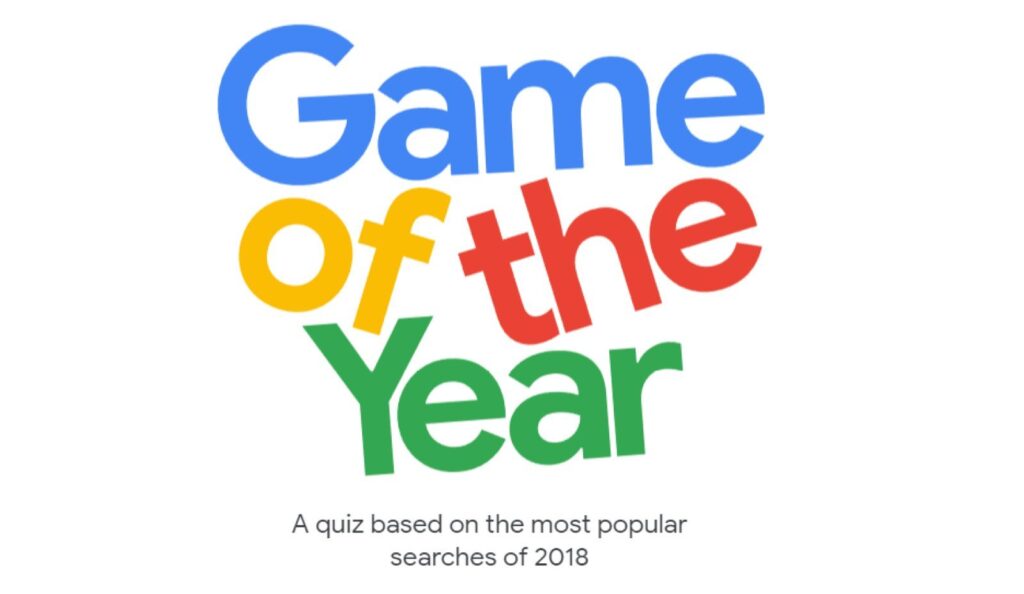 It is just a matter of days before the curtain comes down in 2018. As we all know, we cannot count out on Google regardless of the time of the year. The search engine giant has just released a new game known as “Game of the Year.” Basically, the game tests your knowledge of the trends that happened in 2018.

If you think that you have a sharp memory or you are well-informed about the trendy topics in 2018, you need to immerse yourself into this game. Simply put, it tries to gamify the search. It touches on the most popular search trends and also highlights on the most talked about moments that dominated the world in 2018.

The gameplay of “Game of the Year” is quite simple. It comes in a click-to-choose format. In fact, it is a productivity zapper. The first questions of the game will give you 50/50. As easy as they look, they can be challenging, especially if you are not extra cautious. For instance, you can be asked: Who among the two was the most-searched person? Donald Trump or Elon Musk?

On the next stage, you will pick an onscreen photo that has trended in 2018.

From the gaming angle, “Game of the Year” can be viewed as a progressive game. This is because the challenges become more difficult as you advance to the later stages.

To many, “Game of the Year” does not come as a surprise. Especially when we consider the fact that it is coming from Google. For years, the company has been busy compiling several mini-games on Doodle. The company has also been showing hints of venturing into the traditional video game arena. In early 2018, Google launched Project Stream, a video game that allowed people to play the AAA family of games on any device.