A new year is exciting for gamers. No matter what type of gamer you are, you can be sure that new hardware is going to drop and new games will release. In the competitive landscape of the gaming industry, there’s no shortage of new products. Be it on websites, social media, or in the news of their favorite YouTubers, rumors, and confirmations of future releases will be validated by the products themselves.

After the failure of Mass Effect, BioWare is putting all their chips on Anthem, a shoot ’em up, fast-paced game set to release in 2019. If you’re an avid gamer, then you know that BioWare has had a tough run the last few years. If this game doesn’t amount to what they’re speculating, rumor has it that BioWare may be reduced to nothing. The enormous pressure they’re putting on the release of this game is obvious, being that it’s been delayed to 2019. Regardless, from the hype to the tidbits available online, the game looks spectacular. Most gamers are praying it can become the franchise they’re hoping for. Let’s just hope they don’t go out of business.

Every year, new gaming hardware drops. While we don’t always have eyes on exactly what’s going to be released, the rumor is that Intel is going to produce a new CPU and graphics card that will, apparently, dominate the PC gaming market. From new monitors and upgraded SSDs to the best laptop processor for gaming, you can expect that—at least in the PC world—we’re in for some new pieces of tech that are going to optimize our gaming experiences.

The new IP from Sony Interactive Entertainment looks like something from a post-apocalyptic world. The ‘Freakers,’ or the monsters of the game that look like zombies, make us question whether what we’re seeing is old or new. Rumor has it that they’re giving us a new twist on the Dead Rising and DayZ formula. Let’s hope these rumors are true—seeing as this game is less than a year away from us. Realistically, they probably are. Sony rarely fails to deliver.

Who remembers Kingdom Hearts? For those of you that were at the forefront of PlayStation 2, you may remember playing a fantasy game that contained all of your favorite Disney characters. It’s been that long since we’ve had another Kingdom Hearts, but now it’s officially set to release in 2019. Apparently, it’s going to be narrative-driven by Sora (a young boy unknowing he’s the heir to a spectacular power) and his group of friends as they go on a perilous adventure alongside a cast yanked out of the Disney and Pixar worlds. Donald Duck and Goofy are confirmed characters and they’ll be joining Sora on this quest to stop an evil force (Heartless) from overtaking the universe. 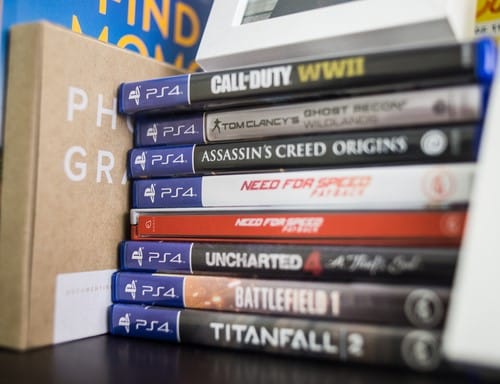 Do you love RPGs? Then you’re probably anxiously awaiting the drop of Nioh 2, an RPG that Team Ninja dropped in 2017—a game that surprised even the most avid gamers. Thought to be mimicking the gameplay and style of Dark Souls, Nioh 2 created an independent, authentic, and mesmerizing game that hooked many of us within only a couple of hours. Gamers are looking forward to this one, seeing as it’s supposed to offer a compelling world unparalleled to any other. RPG fans are certainly invested in this release.

In the same vein as Days Gone, apparently, we’re not over the zombie phase everyone ruled out. What better way to bring back zombies than by remaking one of the most iconic games in history? Resident Evil 2 is going to release in 2019 and many fans of the franchise could simply not be happier. We’ll see if this can hold muster to the first Resident Evil 2, although we know how hard it is to outdo such a noteworthy game.

2019 is gearing up to be a rewarding one for gamers. From Kingdom Hearts III, new hardware, to a Resident Evil 2 remake, there is no shortage of things to look forward to.