Computer Science is quite an interesting course. Many people study it with the hope of being the next big computer programmer, become a hacker, system administrator among other lucrative careers. As much as it may sound an interesting course, there is one thing that most people don’t like it: The close relationship between computer science and mathematics.

So, which side is saying the truth? In this article, we are going to highlight the importance of mathematics in computer science.

The Relationship between Mathematics and Computer Science

1. Mathematics is abstract in nature

Most concepts of maths are taught through abstract language. On the other hand, one of the things that are covered in computer science is the study of programming languages. Most of these languages are also abstract in nature. They are characterized by syntax, well-defined processes, symbols, single words, and even visuals.

Given the abstract nature of maths, you will have a smooth sailing when learning programming languages. Mathematics will impart a student with the art of reading, understanding and analyzing a problem before coming up with a solution. All these skills are vital when it comes to programming and computer science in general.

2. Maths teaches on how to utilize algorithms

An algorithm is a commonly used term in the field of computer science and technology in general. It provides a basis under which any program or application should be created and implemented.

Coding is not a one-way process. You have to keep coming back to inspect what you have written and verified whether it is correct. This is because you are bound to make one or several mistakes when coding.

In the field of mathematics, students are usually forced to analyze their work. The answers that you might have given are not always accurate. You need to come back and inspect the formula and the figures that you have used. You will fix the mistake or errors before reaching out to your final answer.

In other words, maths prepares students for the tasks of identifying and fixing bugs. Even if there are tools that can do this job automatically, students will still have the zeal of doing this job effortlessly.

Also, Read: Is Artificial Intelligence a Part of Computer Science?

4. Computer science has lots of maths

Apart from the above skills, you will also encounter lots of maths in computer science. Here you will be required to use mathematics knowledge to solve real-life problems through a computer. Woe unto you if you never took your math classes seriously.

For instance, there are lots of mathematical equations and formulas that are used to design a program for controlling a self-driven car. It will be very difficult if not impossible to write such programs if you are completely green in the field of mathematics.

5. Discrete maths is the background of computer science

It is not a secret that discrete mathematics forms a strong foundation for the study of programming and computer science. It will equip you with deep knowledge about algorithms, computability, and complexity which you will use in programming. Boolean algebra- a subject in discrete math is applied in creating control functions when programming. Once you master these mathematical theories, you will have an easy time putting them into practice in computer science.

Oftenly, most schools and colleges embed mathematics into computer science. However, they rarely inform students why they are doing so. They just do this as a basic routine. This makes most students feel short-changed.

In this article, it is crystal clear that the theories of mathematics are practical. They can be applied to implement various core aspects of computer science. If you are planning to study computer science, maybe it is high time you build some passion for mathematics. 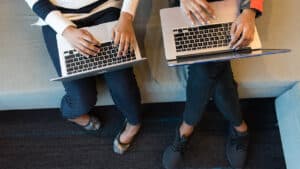 Best Ways to Apply for Software Developer Jobs in 2018 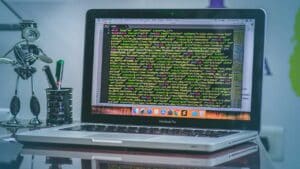 Is Artificial Intelligence a Part of Computer Science? 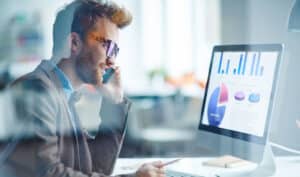 1 thought on “What is the Importance of Mathematics in Computer Science?”