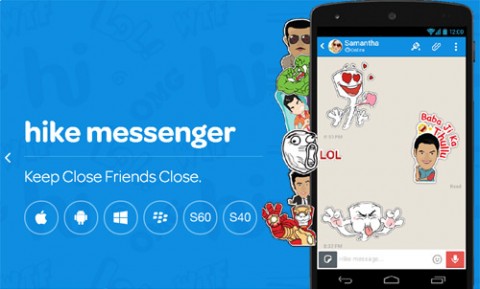 Hike Messenger has announced the launch of free group calling on rise connecting up to 100 people in a call, supposedly an industry. This new addition allows users to make free group calls with the press of one button once inside a group chat. Later in 2013, this attribute is accessible on Android and is likely to roll out on iOS, Windows.

Users need to tap on the Rise Call button inside an existing group chat, to use this feature. Hike calls out every member in the group automatically once initiated and the call begins as soon as one man gets joined.

Together with the introducing of Group Calling, the beta tag has additionally dropped on the feature being officially rolled out by VoIP. The start of the attribute is part of a big marketing campaign which will achieve 200 million users across the nation over.

Commenting on the start of the calling feature, Kavin Bharti Mittal, Founder and CEO, Hike messenger, said “Many of us at Hike were quite frustrated by how hard it is to make a Group Call today. Adding someone to an already existing call is extremely tedious and even starting a conference call is quite a painful process.”

He adds,“Today we’re going to change that with the introduction of Group Calls on Hike. Now with the tap of a single button, you can connect up to 100 people in one call. It’s that simple. One tap and hike does the rest. No more pins, no more dial in numbers and no more putting people on hold. Making a Group Call has never been this easy.”

Last month, Increase Messenger announced the official launch of Rise 4.0, maintaining it to be ‘the biggest upgrade in the history of the company’. In addition, the brand new update had been optimised for low end mobiles and especially for regions with extremely poor network conditions.