Daniel Nocera, Professor of Energy at Harvard University invented an artificial leaf ‘Bionic leaf’ that depends on catalysts made from materials that are inexpensive and readily accessible.

This “bionic leaf” uses solar energy to split water into hydrogen and oxygen. Once the artificial leaf produces oxygen and hydrogen, Ralstonia eutropha then converts the hydrogen, with carbon dioxide, into isopropanol, a liquid fuel. Hydrogen is a good fuel, but all our system revolves round the use of a liquid fuel. So the scientists tried to create a liquid fuel using solar energy. The aim is to achieve 5% efficiency. Nature in the form of photosynthesis, has 1% efficiency to convert solar energy into usable form.

“This is a proof of concept that you can have a way of harvesting solar energy and storing it in the form of a liquid fuel,” said Pamela Silver, Professor of Biochemistry and Systems Biology at Harvard Medical School (HMS).

“Dan’s formidable discovery of the catalyst really set this off, and we had a mission of wanting to interface some kinds of organisms with the harvesting of solar energy. It was a perfect match.”

The team’s immediate challenge is to increase the bionic leaf’s ability to translate solar energy to biomass by optimizing the catalyst and the bacteria.

However, not everyone is convinced that this approach makes much sense. Stephen Mayfield, director of the California Center for Algae Biotechnology, believes that this is a “solution looking for a problem.”

“Our problem is not that we have too much H2 and O2 sitting around generated by PV cells that we need to convert it to liquid fuels. Our problem is that fossil fuels were cheap so we burned a boat load of them and now we have problems with our climate”, Mayfield said.

This finding was published in The Journal Proceedings of the National Academy of Sciences. 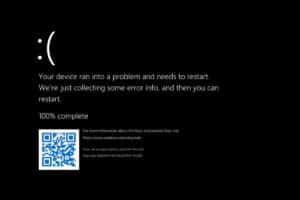