Seldom does another engineering product is developed by thinking outside the box and really emerge in the midst of a clamorous challenge like the yearly Consumer Electronics Show. Here at CES 2015’s first enormous showcase – called CES Unveiled – there’s almost every forefront item classification under the sun being pitched by organizations you may have never known about and might never get notification from again, from pocket-size automatons and palm-size robots to new cycles of earphones, speakers, shrewd bicycles and anything that can fit a screen.

Also each and every one of those device producers wishes they could do what Belty did, which is stop people in their tracks and, in this specific example, get cam administrators to zoom in uncomfortably on the waistlines of complete strangers. The “shrewd cinch” model, out later in the not so distant future, from Paris-based startup Emiota is as a matter of fact ghastly. It’s significantly more peculiar a sight to see anxious photographic artists depictions of the contraption when strapped to the waistline of trenchcoat-wearing Emiota prime supporter Bertrand Duplat. Yet the gadget is a champion hit. Spectators here at Unveiled can’t resist the opportunity to stop, either to gape at it being worn, pontificate on its utilization or essentially delight in the untested compasses of wearable innovation. 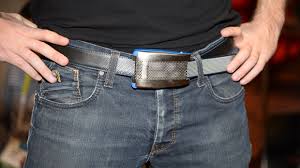 Duplat needed a gadget that would help track lesser known wellness and wellbeing peculiarities, in the same way as day by day changes, to your waist as you go about your day, exercise and, obviously, glut yourself. The gadget is a bulky, overwhelming looking snake of metal taking after something a superhero may outline three or four cycles from the wrongdoing battling prepared rendition. It will thin and grow itself on your waist utilizing inherent engines in the event that you’re taking a seat – or if simply consumed an excessive amount. Duplat even concocted a shrewd one-line pitch, telling passersby that “the cinch experience hasn’t changed in hundreds of years,” until Belty.

The prominence of a mechanized savvy cinch, either out of bona fide interest or distrustful negativity, says volumes in regards to CES in 2015. The members of the yearly tech spectacle, media included, have gotten to be inundated by a craving to search out and convey to the world something new.

Yet having ingested a seemingly endless amount of time of precisely made presentations from expansive tech organizations, the things that pop out at here are either silly or unnecessarily pompous and have a tendency to originate from never-before-seen organizations, in the same way as Emiota, offering items that are not unobtrusive or down to earth in a manner with genuine backbone has a tendency to be. Items like Belty, while sought by conceivably zero standard buyers, stop people in their tracks on the grounds that they appear to be more illustrative of a satire of where tech is heading as opposed to a sparkling sample of where it ought to go. 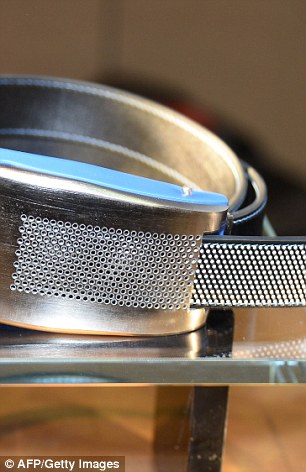 On the splendid side, Emiota seems to have the privilege thought regarding wearable tech all in all, setting aside its begetting of the expression “awarable” to portray its savvy cinch. Emiota’s authors are certain that wearable tech will succeed not by adding something to our lives, yet by adjusting what we as of now wear. That implies shoes, glasses, watches and, yes, sashs make the ideal classes – and the business has pretty much been playing out precisely like that as the smartwatch race warms up in 2015 and shrewd glasses, in the same way as Google’s Glass headset, take the rearward sitting arrangement until they’re less prominent.

In the expressions of Emiota prime supporter Carine Coulm, the cinch is all things considered “the main spot you can include a considerable measure of weight” to the gadget, making it a decent place to load with sensors and different parts. We should trust Belty’s next emphasis, on the other hand, is somewhat less overwhelming, and somewhat more appealing.