Apple faced a lawsuit over user space on its devices. Many complaints are were registered regarded the space of the iOS 8 takes up on iPhones and iPods. It is said that the upgrade of the operating system has consumed more space than the tech firm announced. The plaintiffs claim Apple’s advertising makes a wrong interpretation about the amount of space the latest os iOS 8 takes on its products.

“The defendant fails to disclose to consumers that as much as 23.1% of the advertised storage capacity of the devices will be consumed by iOS 8 and unavailable for consumers when consumers purchase devices that have iOS 8 installed,” wrote Jonas P Mann of US law firm Audet & Partners in a complaint filed in the northern district of California.

Two Miami residents, Paul Orshan and Christopher Endara reported that they bought 16gb version of iPhone and iPads which provided them less memory than the company adverstised. The both guys are seeking $5m in damages and a trial by jury.

Mann said: “In reality, nothing close to the advertised capacity of the devices is available to end users. Indeed, the discrepancy between advertised and available capacity is substantial and beyond any possible reasonable expectation. For the devices, the shortfall ranges from 18.1-23.1%. Each gigabyte of storage Apple shortchanges its customers amounts to approximately 400-500 high-resolution photographs.”

The latest iOS update which is claimed as “Biggest iOS release ever” is facing connectivity issues for some devices which was fixed after two updates. Anyways the problem with the latest iOS 8 is  that it eats a large amount of memory which forces the users to delete some of its memory.

Its not the first time apple had been facing the lawsuit. It faced the same issued in 2012 with its iPods. Even microsoft faced it in the case of tablets. 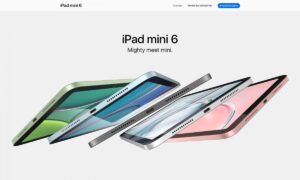