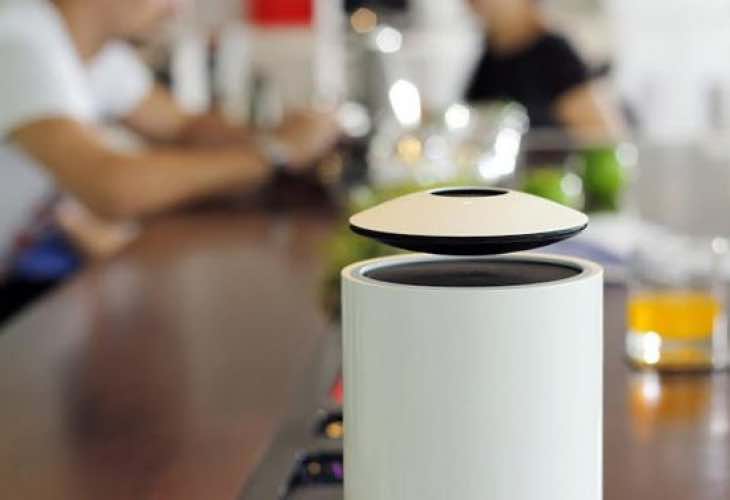 Technology need not be just advanced but also innovative in order to make its impact on the market. Believe it or not, but this is the solo principle kept in mind while analyzing a new gadget. Observe keenly, all the new gadgets, speakers, smart watches and even robots portray a great level of intellectual thinking behind the metal scraps but they do have to look good on the outside too. After all this is the smart age, your gear must look smart to perfectly compliment you. Speaking of gizmo fans, which other quality unites us? Technology is one thing and to compliment it music is other. Mars speakers have not only gained appreciation for its quality output but has also aced its appearance to compliment your lifestyle.

For any occasion, may it be a family gathering or a party Bluetooth speakers are must. The biggest advantage being the portability. You can also pack it up and take it on your family picnic for a little outdoor fun. The Mars is a product by Crazybaby and yes it truly is a crazy concept. It is a two section speaker, where one levitates on top of the other. No! Magic is not involved but yes tricky ingenuity definitely is. The company has already started receiving pre orders for this beautiful piece of tech-art through its website. This project has also been raised on Indiegogo.

The speaker assembly consists of a base which is cylindrical in shape. This is the sub woofer and it hoists or to put it correctly levitates a disk which relieves the high end sounds. The wonder lies in the levitating technology, it not only seems futuristic but also magical. Crazybaby has made this possible using the magnetic technology which provides enough push to make the UFO shaped disk levitate in mid air and provide the best quality sound in all the directions evenly. Now we know why it is named ‘The Mars’. Another big advantage is that since the disk floats in the air unsupported the sound waves are released directly into the air to be perceived unlike the other conventional woofer systems whose output gets reduced because the sound quality is lost by transference through supporting or hoisting material.

The UFO styled subsystem is made up of aluminum used in air crafts so it is quite robust. This is called the Mars Craft and it provides an even higher level of portability as you can use it standalone without the base by getting the input via the Bluetooth connection. Though the sound quality will be compromised a little. Additionally it is magnetic so it will easily stick to any metal contacts near you whether you are in your car or cycling on your bike. Apart from being robust it is also water proof upto three feet. You can use it as a pass along for some of your aqua sports. This levitating musical bliss can also be controlled using a smartphone app which lets you set the customizations according to your requirement and all of it at a price of only $250.