The features of smartphones are improving day by day. Many new applications are discovered every day. But still we don’t get a perfect gadget. Some problems like shortage of battery life is very common in every gadget. The one and only feasible option for the prevention from this problem is that we can carry an extra battery pack. But this is not much convenient since it is one more thing to carry around along with the cellphone and the battery pack needs to be charged time to time.

Some of the mobile phones companies are experimenting their smartphones by endowing higher capacity batteries to them, thereby adding a little bulk. The known mobile manufacturer company GIONEE has experimented their mobile phones with a massive 4200mAh battery in their Marathon M2 smartphone. They had already released their successor the GIONEE Marathon M3. Since we have already seen a feature phone the Maxx Power House MX200, which has a 5200mAh battery but the Marathon M3 is the first smartphone with android OS which comes with 5000 mAh battery. 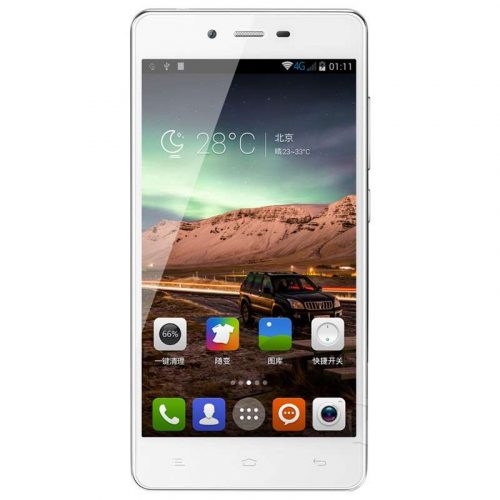 The GIONEE has decided to keep a simple design in Marathon M3. It has purely utilitarian design which is considered as a good design. At its center, it has a massive battery attached which is non-removable. The dimension of battery contributes to the mobile’s 180.3 gram in weight & 10.4mm thickness. The Marathon M3 is a comfortable phone to hold and use with one hand like any other standard size mobile phone.

The body of this cellphone is made up of plastic and it is available in Black and white colour. Since the phone has a fixed battery but the back cover is kept removable. It is kept removable for two SIM card slots and a micro SD card slot. The standard 3.5mm jack is situated on the top of the phone. The micro-USB port and microphone are located at the bottom of the phone. The front facing camera is situated above the 5 inch display. The ambient light sensors is also situated there. Below display, there is a row capacity button. On the right edge of the phone, there is located power button & volume buttons on the Marathon M3. And at last the primary camera, speakers & flashlight are situated on the rear side of the phone.

The display of Marathon M3 has 294 ppi density which is pretty crisp but the distinct black border surrounding the screen is slightly off putting. For such an LCD display, it is quite saturated and thee colors do pop.

The phone played all the videos expect that the 1080p 40mbps. With the Dolby DTS implementation, the loudspeakers is almost loud as a Boom sound speakers. There is no audible distortion even on the highest volume. This phone gives the pretty good sound quality with no connections issues, when we make a call.