SwiftKey rolled out with an update to all users, improving performance, adding new language support. In the performance part, users will be now able to see the keyboard come into view faster, fade away quicker and it has become more responsive typing experience.There are 12 new ones, including Assamese, Bengali, Gujarati, Kannada, Malayalam, Marathi, Oriya, Punjabi, Tamil, Telugu, Nepali, and Sinhala. 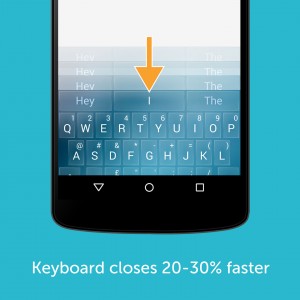 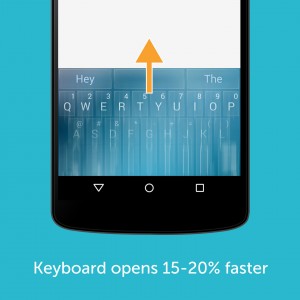 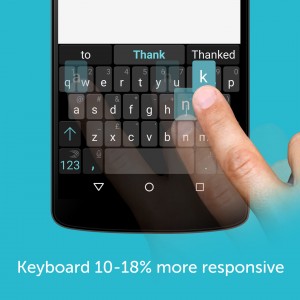 Now this makes a total of 15 Indian Languages supporting on Swiftkey.

As it was mentioned keyboard appears more fast it appears 15-20% faster than the previous version. Keyboard fades away the screen 20-30% more swiftly. Switching between fields has become 15-50% faster. Typing is now 10-18% more responsive. Emoji (smiley) Prediction now supports total of 14 additional languages including Bulgarian, Finnish, Romanian and Ukrainian. Adding 12 languages in today’s update Swiftkey now supports 81 languages. This is sure good news for all Indian Swift users.  Emoji Prediction supports more than 800 emoji. They are multiple bug fixes. Swiftkey Dev Team always wants to hear from their users regarding anything of the app. This surely makes Swiftkey more awesome than ever in performance.

1 thought on “SwiftKey gets more awesome in today’s update…”