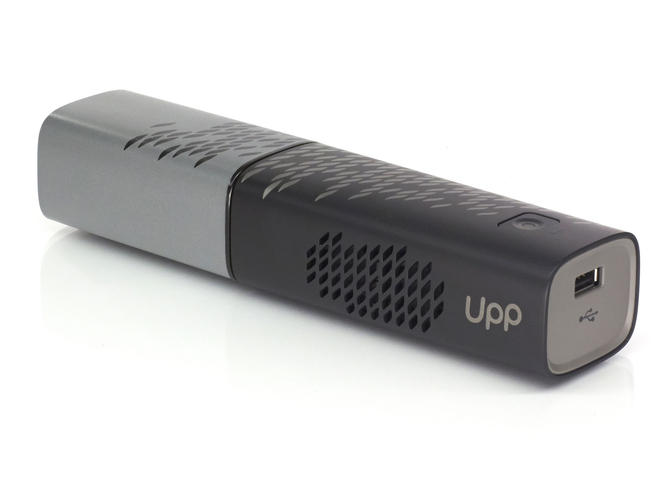 The rising level of pollution is thrown mother earth in a danger zone. The polar ice caps have been greatly reduced due to rising temperature levels. The environmentalists have already issued an alarm to the general masses that it is a high time now to curb all the inappropriate practices and help in lowering down the pollution levels or the human race might soon face extinction. Additionally, it is a common fact that the earth is running out of its fossil fuel supplies. The human race has greatly exhausted these precious resources, so it has now become a necessary to consider other alternative fuel resources.

These changes will greatly hamper the way new technology is being developed. A great emphasis is now paid on clean energy resources. Energy technology group Intelligent Energy Holdings today announced the retail launch of the Upp in the United Kingdom. The Upp is a portable charger, who derives its power from a hydrogen fuel cell that is used to charge USB-compatible devices.  It gives power-hungry gadget fans a cleaner way to keep their devices charged up, but even after many modifications, there are some limitations. Firstly, the Upp charger will cost you a fortune of about £149, an amount that far exceeds the asking price for a handful of portable batteries. Secondly, the device is a little large and difficult to carry as compared to our compact smart phones. This isn’t something you can just slide into a handbag or jacket pocket.

The Upp uses refillable cartridges that can provide a charge with the equivalent speed obtained when the device is plugging it into the wall port. The starter pack of this product comes with the Upp Fuel Cell and one Upp Cartridge. There are two elements to the Upp charger. The main component is the fuel cell having an on/off switch to control its functionality and power dissipation and USB port to connect your device to. The secondary module is a replaceable cartridge which contains the hydrogen needed to recharge the cell. You can easily plug your device into the end of the Upp charger and can actually start charging a phone instantaneously. But it is a word of caution to charge the fuel cell part of the device in a conventional way beforehand using a connection to regular power socket. The Upp draws on the cartridge as its own stored battery power is declining. That hugely extends the amount of charge it offers altogether.

The conventional batteries have a disadvantage, they degrade over time. The Upp charger has successfully conquered this disadvantage. It won’t degrade over time so the hydrogen cartridge can be refilled by the manufacturer and it will continue using the charger till it lasts. The 5W, 5V charger charges as fast as the mains and is well-suited for phones. It might not cater as efficiently for extra power consuming tablets such as the iPad. The Upp is a USB charger uses a cartridge containing hydrogen which forms a Proton Exchange Membrane in the fuel cell. It then creates a chemical reaction which in turn generates electricity. The only by-products are heat and water vapors.