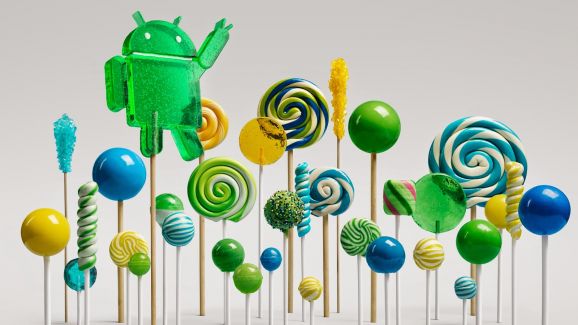 Smartphones are an integral part of our life. There is hardly anyone who doesn’t use a smartphone. Google made a wise decision when it first attempted to make an operating platform that made the dream of a smartphone come to life. The first version of the open source software was released back in 2008. The OS along with its launch device, HTC Hero was received very positively by the reviewers. Since then many versions have been released, each providing much better functionality than the latter. And now a new release is being expected. The Android 5.0 Lollipop.

Lollipop is a bundle full of surprises. It has many new features in the bag that will make the handling of a smartphone much more advanced, easy and interactive. One of the most important new features that has been spotted so far is that WebView is now a separate package, which can be updated straight from Google. This means that a larger number of users will have access to an up-to-date WebView, leading to greater security that the built-in variant. The most obvious change in Lollipop is the fresh design aesthetic, called Material Design.

It uses a lot of bright, rich colors and adds depth with shadows to give Android a sleeker, more minimal look. Material Design is a new design interface that is notable for its flatter icons and its physics-based animations that will give both Android apps and the platform itself a smoother and more consistent user experience. Though Google is yet to officially announce the release date for its recently unveiled Android 5.0 Lollipop, reports claim that it might happen in the first week of November.

However, only a few devices are expected to get the update. Android 5.0 Lollipop update will be made available to Wi-Fi versions of 2012 and 2013 Nexus 7, and Nexus 10 on 3 November, but cellular devices like the Nexus 4, Nexus 5 and 2013 Nexus 7 with LTE will take a little longer for the firmware update, reported Android Police citing reliable sources.

Lollipop also introduces a new notification approach. You’ll now see notification cards on the lock screen, and you can respond to certain alerts from there. The notification bar gets the same look, with stacked cards for each alert. As in earlier versions of Android, you can swipe away your notifications. The only thing that’s changed is that the design is more in line with the Material Design style. If you want to take a break from your endless app notifications, but still want to hear from important people, there’s a new mode called Priority. You turn it on from the volume controls and it blocks any less important alerts.

The new Android 5.0 Lollipop offers multi-user support, which was only available for tablets, for phones. The first user of the phone will be the owner of the device and this person can decide if others can use the handset. The feature allows every profile to have its own welcome screen, application settings and wallpapers, and users can switch profiles by pressing the head button on the top right corner of the screen. Users of Android 5.0 Lollipop can lock any running application by applying a pin number or pattern. If the owner of the device has any protections enabled on the device, other users cannot access other apps without breaching the phone’s security system. So get your backup ready and your smartphone all geared up to update the android 5.0 lollipop.