Smart is the age and ‘smart’ is the new trend. We look forward to smart solutions, smart employees, smart computers ( laptops ), smart phones even smart eye gear. We have a device for nearly every task and still developing loads of new. With the advent of nano technology the evolution of gadgets has moved on to a completely new level, that is, wearable technology. Now we want technology to be so much compact that it can be worn thus eliminating the hindrance of carrying your gadgets anywhere you want. One step in this direction is the technology infused polo shirt designed by Ralph Lauren. 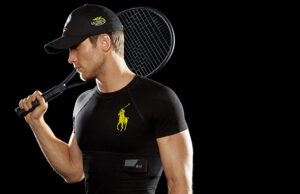 When the US Open tennis tournament begins today in New York, most eyes will be glued to marquee players like Roger Federer, Serena Williams, and Novak Djokovic. But as aces and forehands rocket across the net at Arthur Ashe Stadium, executives at Ralph Lauren will be focused on the court’s periphery, where some ball boys will be wearing new, technology-enhanced shirts to monitor their biometric data. As the New York Times reports, this year’s US Open marks the debut of Ralph Lauren’s new Polo Tech shirt. These definitely will draw curious eyes as to how these shirts facilitate such a task. On the exterior, it is simple black, nylon tee but has a remarkable engineering applied to it. It is equipped with sensors to track the vital signs of every ball boy. It is created as part of a venture with OMsignal. The shirt looks unassuming at first glance: black, tight, and splashed with the company’s classic polo. Of course, nearly everything the company makes is a “wearable,” but these particular shirts contain conductive silver threads and other sensors designed to measure performance. The apparel maker said it wanted to do something different from the usual sports bands while eliminating the complexity. 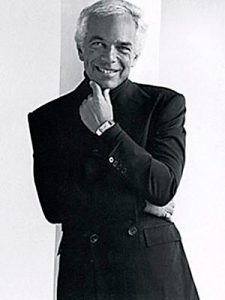 It is highly accurate in measuring factors like your heart rate, breathing and movement, and relaying them to a smartphone or computer. It won’t be limited to athletic wear either, as Ralph Lauren plans to also launch sensor-equipped dress shirts later in the year. It will enable you to keep track of your sessions and provide you with raw data to maintain a report of your workout or game plan. It seems quite a handy thing for people aiming for a bit of fat loss and better body shape. Ralph Lauren, a graduates from DeWitt Clinton High School, is an American fashion designer, philanthropist, and business executive, best known for the Ralph Lauren Corporation clothing company, a global multi-billion-dollar enterprise. He hopes of taking his company into the technological platform providing the world with many new inventions that are embedded in wearable accessories. And honestly, it is quite a thriving idea with gadget – fans teeming up day by day, products such produced will be highly valued in the market. We all have already witnessed the popularity Google Glass has gained just within days of hitting the tech market. It is highly probable we will hear Ralph’s name next in the boom.