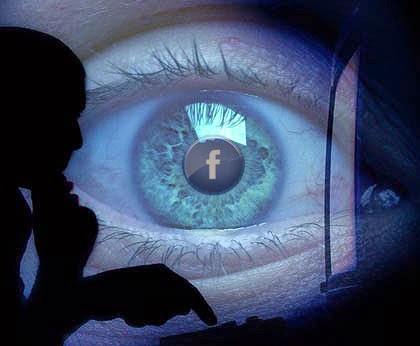 Facebook is expanding the internal user profiles that underpin its targeted advertising system, for the first time including personal information based on activities that did not occur within the boundaries of its social network.

While Facebook has long maintained internal profiles of users based on the comments they make and the posts that they “like” within its social network, the company will now flesh out those profiles with information based on some of the external websites and mobile apps its members use, a move that could further inflame concerns about how it treats personal privacy.

The enhanced profiles will allow marketers to deliver more relevant ads, Facebook said in a blog post announcing the change on Thursday. If a Facebook user researches a new television on an external website or inside of a mobile app, their profile might now indicate an interest in televisions and in electronics, making it easier for advertisers pitching electronic devices to reach that user on Facebook.

Facebook already has access to much of this information through tools that it uses to measure the performance of its ads as well as through “plug-ins” that integrate Facebook features on third-party websites, but the company has not until now incorporated the data into its users’ ad targeting profiles.To quell potential privacy concerns, Facebook will for the first time give users the ability to review and edit their internal advertising profiles. By clicking on a button alongside Facebook ads, a user can see all the “interests” on their record, remove unwanted categories and add any desired categories.
Facebook said it will also provide a link to an industry website that will allow users to not have their activities on websites tracked, as well as a link to the appropriate controls within their smartphones to eliminate mobile app tracking.The new ad capabilities come as Facebook strives to ramp up its advertising revenue amid competition from Google while addressing persistent concerns about personal privacy on the world’s No.1 social network.

In April, chief executive officer Mark Zuckerberg announced new features that lets users limit how much personal information they share with third-party mobile apps.
Facebook, Google and other online companies have faced increasing scrutiny and enforcement from privacy regulators as consumers entrust ever-increasing amounts of information about their personal lives to web services.

In 2012, Facebook settled privacy charges with the US Federal Trade Commission that it had deceived consumers and forced them to share more personal information than they intended. Under the settlement, Facebook is required to get user consent for certain changes to its privacy settings and is subject to 20 years of independent audits.

1 thought on “Every move you make, Facebook is watching you”