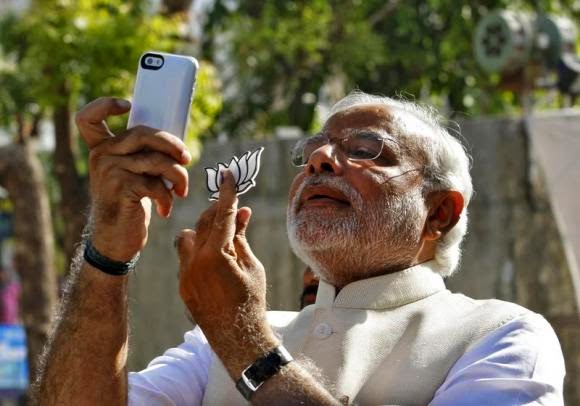 U.S. social networking company Twitter is planning to replicate parts of its India election strategy across countries that go to polls this year, after it emerged as a key tool for politicians and media companies during the world’s largest democratic exercise.

In India, Twitter Inc worked closely with politicians including the victor Narendra Modi who used the platform for election campaigning, and also partnered with mobile and media firms to distribute tweets online and offline.

Now, with polling due in countries such as Brazil, Indonesia and the United States later this year, the San Francisco-based company plans to take its India lessons abroad to expand its foothold in the political arena and increase its user base.

“The election more than any other moment provides a nice microcosm of the value Twitter can add … we are sharing widely the lessons of this Indian election around the world,” said Rishi Jaitly, India market director at Twitter.

Last week, the company sent its top political strategist to Brazil to explain the potential of the social network to senators, who are likely to use Twitter’s six-second video app Vine for campaigning after it was used by Indian politicians, the company said.

For the U.S. election, the company has started looking for partners to replicate their “Tweet To Remember” feature used in India, which enables users to add the voting date automatically to their mobile calendar using a tweet.

Twitter widely emerged as a political tool first during the 2012 U.S. presidential elections, and then during the Arab Spring uprisings in North Africa and the Middle East. Today, U.S. President Barack Obama has more than 43 million Twitter followers.

In India, Modi’s Bharatiya Janata Party (BJP) embraced the technology ahead of rivals, collaborating with thousands of volunteers to spread the Hindu nationalist leader’s message and counter criticism on the web.

It was the country’s first major Twitter election, and the novelty of the technology gave an advantage to the politicians who adopted first – especially the BJP, said Milan Vaishnav of Carnegie Endowment for International Peace.

“The Indian experience will serve as a model for other developing countries … In the U.S., the saturation of the social media space by all parties may have a cancelling out effect,” Vaishnav said.

Tech-savvy Modi, who now has 4.3 million Twitter followers, used the platform relentlessly. He recently tweeted “selfies” and pictures with his mother. On May 16 he set a Twitter India record with his victory acknowledgement tweet.

With about two-thirds of India’s population under 35, Modi targetted the young and smart by topping up campaigning with social media, holograms and recorded voice calls.

The potential was, and still is, huge: India has the world’s third largest internet user base of 239 million and more than 900 million mobile connections. Many access web on their phones.

Modi, who is due to be sworn in on Monday, has not let up his Twitter onslaught since the election and like other global leaders will make the service a central part of his communications arsenal.

Tharoor, for now, has again advised his top leadership to adapt to social media platforms as a part of their renewed strategy to improve communication.

“There is no reason why we should cede that space to the BJP. This is an area in which we can be just as good,” said Tharoor, who has over 2 million Twitter followers and was among the first Indian politicians to join the platform.