Today, it is very difficult not to know Android than it is to know the most popular operating system in the smartphone world. Google has brought the operating system a long way to making it the market leader in a very tight market which has surpassed the feature phones.

It is safe to say  that Android is dominating the smartphone market. However, there are some facts you may not have heard before about Google’s operating system.

1. Google did not start Android 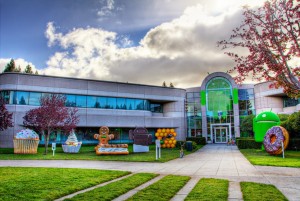 The Android operating system was developed by Android Inc. which was established in October 2003. Android Inc. which was founded by Andy Rubin, Chris White, Nick Sears and Rich Miner was later bought by Google who had been backing the company all along. The deal was struck in August 2005 at a price of $50 million. 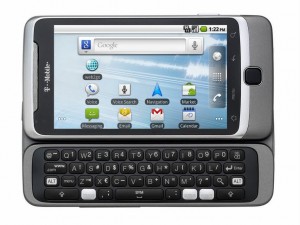 The first ever smartphone to run on the Android operating system was the T-Mobile G1 which was launched into the market in 2008.

4. Android has over a billion activations

Google’s Vice President for Android, Sundar Pichai, announced earlier in September this year that the Android operating system has attained over a billion activations on devices ranging from smartphones to tablets.

Apart from Android 1.0 and 1.1, all other Android versions have been named after sweet treats. Cupcake, Donut, Ice Cream Sandwich, KitKat to name a few.

Android versions have been following an alphabetical order in their naming but many have failed to notice this. Android Astro (1.0) was followed by Bender (1.1) followed by Cupcake (1.5). This was followed by Donut (1.6), Éclair (2.0), Froyo (2.2.x), and Gingerbread (2.3.x). This was before Honeycomb (3.x), Ice Cream Sandwich (4.0.x) and Jelly Bean (4.3) entered the equation. Google announced the KitKat (4.4) recently as its latest OS is android lollipop .

With Google being a member of Open Handset Alliance (OHA), Android has given users or interested party access to modify the source code of the operating system. This has allowed users and smartphone manufacturers great flexibility in adding features to the operating system.

Google offers Android operating system to smartphone manufacturers without payment for its license.

Despite offering the Android software free to smartphone manufacturers, Google will likely achieve its aim of becoming the mobile advertising king through Android devices. Google makes its biggest revenue from advertising and this will pay off in a big way with the exodus of users from PCs to smartphones and tablets. It must be noted that Android dominates both categories.

There you have it, what do you think about these facts? What other interesting fact do you know about Google’s Android that we have omitted? Kindly, leave your comment.