Just yesterday, Microsoft announced the new Windows Phone 8.1 update at its BUILD conference highlighting some amazing new features that will be coming along with the update. With the new update, Nokia also announced two new devices which will be running on WP 8.1 out of the box.
Today, Microsoft and Nokia, in a quick move, held a special event in India where we got a quick preview of the new update and also got to play with the first Windows Phone 8.1 device that will soon be launched in India. The Nokia Lumia 630 is the company’s latest smartphone and is said to replace the current budget Windows Phone device, the Lumia 525. The smartphone runs on a Snapdragon 400 quad-core processor clocked at 1.2GHz but with a mere 512MB of RAM. When asked about not having 1GB of RAM, Nokia officials responded that the new processor provides enough power for the fluid functioning on the OS. Apart from that, the smartphone will come with 8GB of internal storage (which can be expanded via a microSD card), a 4.5-inch ClearBlack display with 480×854 pixels resolution and Gorilla Glass 3 protection, a 5MP camera, and an 1830mAh battery. Nokia will launch the phone in single and dual-SIM variants.
The design of the Lumia 630 follows Nokia’s nice colourful and matte plastic back which can be popped out and replaced easily. The design is quite similar to the Nokia X, only with much more curved edges. The dimensions make it perfect for one hand operation and feels quite comfortable. The new update runs very smooth on the smartphone and thanks to the new keyboard update, typing is amazingly fast.  The camera is just average as it manages to get decent shots in good lighting conditions, and there is no flash unit onboard. There is no front camera (just like the Lumia 525) either.

Overall, the Lumia 630 seems to be a good and smart looking update to the Lumia 525 essentially due to the new WP 8.1 update. Nokia hasn’t confirmed the release date yet but we are presuming that it will arrive in stores before June. Regarding the price, the phone was announced at $159 which could mean that it will be somewhere around Rs.12,000-14,000. 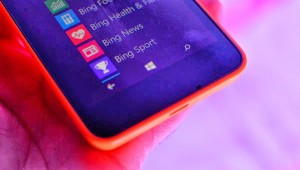 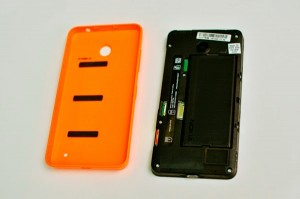