NEO released news to launch their next generation smartphone on April 10th. But before the officially unveiling of their Windows Phon, a picture of NEO M1 is leaked! The NEO M1 phone in the leaked picture showed a Windows Phone UI. Maybe, the coming phone probably installs Windows Phone O.S., since Windows Phone system is free for all smartphones a few days ago. 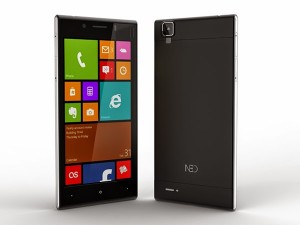