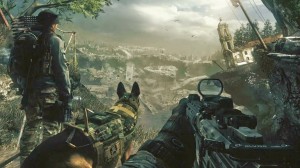 Here is the ultimate list of the ten best PS4 games to watch out for in 2014
1. Killzone: Shadow Fall

Killzone Shadow Fall is a hardcore multiplayer game that could have FPS-enthusiasts salivating. This is THE big blockbuster game that everyone’s been waiting for. But don’t get too excited, because if you gauge the game in terms of next-gen interactive entertainment, it falls short. The game though showy and stylish, is pretty difficult to engage with, thanks to confusing signposting, unnecessarily fiddly controls, and a storyline that’s rather forgettable. But that won’t stop gamers from enjoying the gun-slinging, action-packed game. Try your best to ignore the weak plot that has been poorly structured and conjured up.

Ubisoft’s tried and tested concept of invading people’s privacy without their knowledge is just getting better and better with each passing game. With a simple press of a Smartphone button, gamers can enjoy tons of control over the open-world city. Among the many things you can do are halt runaway trains and leap aboard them, hack someone’s bank account while they’re right in front of you, and trigger security cameras to surveil at will. The game has already been announced for XBOX 360, PS3 and possibly for the Wii U. Hopefully however, the PS4 version will be faster to load and prettier to look at.

3. Resogun
Resogun is a great game that makes reviewing a blast. A fantastic amalgamation of engrossing dynamics and simple pick-up-and-play controls, the game is easy to get the hang of and very very addictive. You might not want to get out and interact with the world, so consider yourselves warned. If you think it’s a bit too retro for your liking, its smooth, sharp visuals will make you change your mind for sure. The level of control is tactile and just as responsive as any other next-gen game. The only thing is, that you’ll be left wishing that it had more levels.

4. Battlefield 4
The level of detail in Battlefield 4, right from its particle animations and dynamic lighting, to the game micro and macro-scale destruction rendering will completely blow your mind. It’ll leave you salivating and wanting more.

5. DriveClub
DriveClub has apparently been in the making for the last 10 years and it has some pretty amazing levels of details to show for it. And looks are not all that matter here where DriveClub is considered. The game is loaded with some other cool stuff as well. Along with real-time multiplayer, the game dabbles in asymmetrical competition and Sony’s massive new social focus. Through this swanky new feature, you can play in groups, like squad-based first-person shooters, set challenges and reap rewards. This game will truly hit the spot if Sony manage to nail the social skin.
6. Fifa 14
EA Sport’s new Ignite is designed to help Fifa up the ante on game delivery several notches higher than what gamers already expect. With this year’s new Fifa game, you can expect new ball physics and players that are more accurate in their skills and more intelligent too. This is great news to gamers and football enthusiasts everywhere.
click here for more

7. inFAMOUS: Second Son
The PS4-only graphical update on Suck Punch’s PlayStation-exclusive franchise not only looks amazing but seems a tad ‘inspired’ when it comes to the storyline. Watch Dog’s delights have long since surpassed the world of security cameras and the culture of fear. That means all that was displayed was the cut-scene slickness. But you can’t argue with the fact that ‘everyday superheroes in a far from super world’ will still get gamers hooked, even though Crackdown, Prototype, and two Infamouses have pretty much worn out that road.
Click here to buy

Despite its next-gen exterior, PS4’s Knack seems like a game that was made a decade ago. This could mean great news for retro game lovers, but really bad news for next-gen lovers. The appeal is in the eye of the beholder. Many will view it is as the enjoyable slice of the gaming pie that keeps gamer entertained, but doesn’t amaze or surprise. The fusion of Pixar-style animation and gaming interested many people to begin with, but the one-note action and the script leaves much to be desired. Knack might lose its edge with Nintendo’s Super Mario 3D World. But either way, Knack is a pretty decent game that has a quite a big weight on its dainty little shoulders. The character in Knack may be able to brave the strain, but the game itself might need a little helping hand.

9. Call of Duty: Ghosts
If you weren’t surprised by the fact that Activision and Infinity Ward weren’t working on Modern Warfare 4, a less surprising fact is that – CoD: Ghosts is heading to PS4. Gamers can look forward to the usual mix of shooty fun times multiplayer and cinematic single player (including Colin the Ghost Dog. PS4 owners might get DLC content after their rivals at Xbox One .

There’s no stopping the NFS franchise. The last instalment ‘Most Wanted’ knocked it out of the ballpark and now Criterion Games’ latest cops and robbers racing franchise is here for all to revel in. What’s noteworthy is the pretty excellent Wii U retooling, which displays the developers’ ability to get the biggest bang for buck out of whichever tech is available. This can be seen in the cloud and online capabilities of the next-gen system, which are truly pushing persistent worlds. The Rivals’ AllDrive tech means that co-operative and competitive multiplayer and single-player operate together in a single universe. Like with every other NFS franchise, this one too is eagerly awaited.
Share on Twitter Share on Facebook Share on LinkedIn Share on WhatsApp