Researchers at Virginia Tech have developed a new bio-battery that consumes sugar to generate electricity which is powerful enough to charge a smartphone for 10 days at a time. The battery has a greater output per weight than the typical lithium-ion batteries used in most electronics. 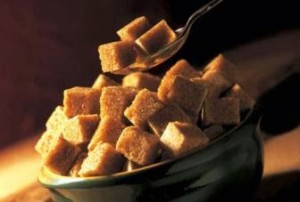 According to the researchers, the prototype version has potential to be lighter and 10 times more powerful than the batteries usually found in today’s portable electronic devices, including smartphones.
The battery converts sugar into electrons similar to the way body converts sugar into energy by metabolism. It uses enzymes to decompose the sugar into carbon dioxide and water while releasing electrons. The bio-batteries are non-toxic and renewable, making them an attractive alternative to traditional batteries that need metals and chemicals to operate.  “By using the lithium-ion battery, for example, your phone can only last for one day, but in the future it will use sugar as fuel. Then the phone could last 10 days,” said Zhiguang Zhu, a researcher at Virginia Tech. The researchers are working on making the batteries more stable to withstand repeated charging. The chief researcher on the Virginia Tech project, Y.H. Percival Zhang, says, “I hope that this technology will be used to produce a “green” vehicle battery that might one day displace fossil fuels in powering our cars.” He added that the battery will take around three years for commercialization.
Content Source-DIGIT.