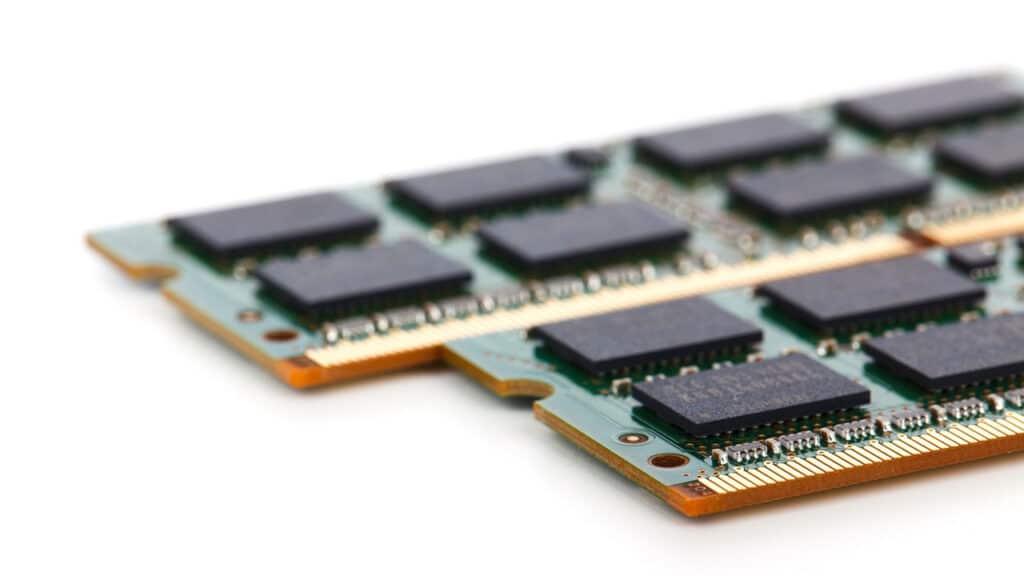 Around the world, almost every industry has been (or is about to be) impacted by 5G—whether it be in healthcare, gaming, or education. Now, more broadband providers are investing in the next generation of wireless technology, and PR Newswire estimates that the 5G market will be worth $11 trillion by 2026. In fact, phone carriers the world over are already offering 5G-support for some of their newer smartphone models, such as the Samsung Galaxy S20 and the OnePlus 8 Pro.

With all these exciting developments underway, one can’t help but think how 5G will affect other crucial technologies—particularly, the memory chip market. After all, at the center of this 5G revolution is a network that aims to transport massive amounts of data in the blink of an eye.

Below, we take a look at the impact of 5G on memory chips, and their relationship with one another.

The importance of 3D NAND or any other kind of NAND flash is fairly self-explanatory. It makes up the majority of your phone’s memory—allowing it to store apps, photos, videos, audio, and the like. The DRAM, on the other hand, is where programs are temporarily placed when they’re executed. Do you really need the best of both memory types to make the most out of 5G-supported devices? The short answer is yes.

The average person has more than 80 apps installed on their phones, and they use about nine of them every day. A bigger NAND, combined with the promise of faster speeds from 5G, only encourages people to install and use even more programs.

Meanwhile, a faster DRAM ensures that these apps run as smoothly as possible and without interference. They even guarantee consistently high-quality streams for those who frequently use Netflix, YouTube, and other video streaming platforms. And brands like Micron have already begun developing the LPDDR5—the latest DRAM in the memory market—to support 5G-enabled devices.

With IoT devices evolving, 5G manufacturers need to keep up to accommodate these modern developments. As 5G uses millimeter waves, IoT devices make use of high-density interconnect (HDI) PCBs to accommodate its extra functions. HDI PCBs in particular push the limits of PCB design by requiring high layer density while making use of very small traces and vias. Consequently, the materials for HDI must be tiny and lightweight, but powerful enough to fit different IoT devices.

And with the demand for 5G-enabled IoT products set to rise, manufacturers must also step up to meet production goals. However, interconnectors aren’t the only parts affected by 5G—memory is, too. More specifically, it will greatly affect the production of IoT devices that work better with lower latency, like autonomous vehicles and robotics.

The faster the network is, the more stable its functions will be. Plus, they require a sizeable minimum memory bandwidth to operate. For instance, the chip primarily used for self-driving cars is the GDDR6, which has an average transfer rate of 16Gbps. 5G can increase this so that rides can become much smoother and more seamless. And remember the LPDDR5 mentioned before? Though this chip is made for 5G smartphones, it already enables transfer rates of up to 51.2Gbps. Should IoT devices want to tap into 5G networks—and they will for better functions—they simply need more memory.

But 5G isn’t the only recent network innovation. There have been developments in Wi-Fi, too. The next generation of high-speed internet, called Wi-Fi 6, can theoretically run at 9.6 Gbps—a far cry from the 2 Gbps which 5G averages. If manufacturers are successful, and the adoption of Wi-Fi 6 becomes large scale, then is there any real use for 5G devices at all?

Even with its speed and stronger signal, Wi-Fi 6 data is still limited. With 5G as competition, they can split the number of connected devices, ensuring that both networks remain fast and efficient. For instance, the reach of Wi-Fi 6 is concentrated in one location, making it a good option for establishments, houses, and such. Meanwhile, 5G will work anywhere, so long as you’re within 1 km of an antenna. It’s good for devices you take with you on the go, like smartphones and self-driving cars, and is even accessible in remote locations.

Ultimately, 5G and Wi-Fi 6 are going to develop together, so that memory chips don’t have to over-stretch their capacity.

5G and memory work hand-in-hand in more ways than one. Devices need a large memory to accommodate 5G, while 5G continues to push the boundaries when it comes to storage. Already, manufacturers like Micron are developing multi-chip packages for 5G phones, which will contain both the DRAM and NAND needed to run a 5G device with 50% additional memory.

Yet this is only the tip of the iceberg. Based on what we’re seeing so far, 5G indeed has a huge potential to push modern society forward.