This Tuesday Hewlett-Packard announced a new printer, the HP Color LaserJet Pro MFP M476, well nothing too special about the printer itself, it’s a small office printer, with scanning, double-sided printing, but what makes this printer special is it’s wireless functionality, and it is the first to work with the native printing support of Android 4.4 (KitKat).
It works with a plugin developed by the Mopria Alliance, which aims on making printing easier, now you first have to pass through the HP app, with the new Mopria plugin you can simply hit print and then select the printer and there you go!
The printer has the abbility to print through either peer-to-peer Wi-Fi or NFC, so a connection to a wireless network is not needed anymore, which takes a way another difficulty, and besides that the printer can also print directly from online storage services such as Google Drive or Box.net
The printer has a 3.5-inch display and also supports faxing, the printer is priced at $529 so if you’re one of those persons who just loves printing from a phone than this is a product to try.

Other brands are also planning on implementing the support of the Mopria plugin but for now your only choice for good mobile printing is this office Printer from HP. 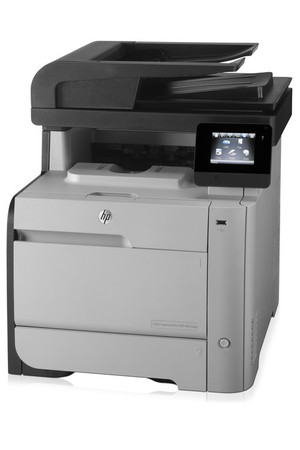