Overwatch is an online first-person shooter video game developed by Blizzard Entertainment. Overwatch is one of the most popular esports titles around the world and it’s available on almost every device.

All of them who will register for the Overwatch 2 closed beta will be able to check out the new features that are being developed. Players will also be able to take a look at the new Overwatch 2 maps: Circuit Royale (Escort Map), Midtown (Hybrid Map), New Queen Street (Push Map), and Colosseo (Push Map) along with the new heroes: Orisa, Doomfist, Bastion, and Sombra.

Without wasting time let’s find out how to sign up for Overwatch 2 closed beta.

Signing up for the Overwatch 2 closed beta program is very straightforward. You just need to follow the steps mentioned below:

A lot of players are signing up for the Overwatch 2 closed beta. Therefore, the site may not open sometimes. If it isn’t opening try again after a few minutes. Moreover, we will update every bit of information once Blizzard officially starts releasing.

Do you have any other queries? Let us know in the comment section below. 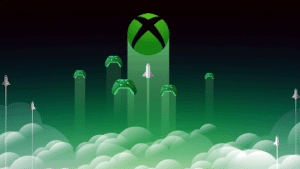