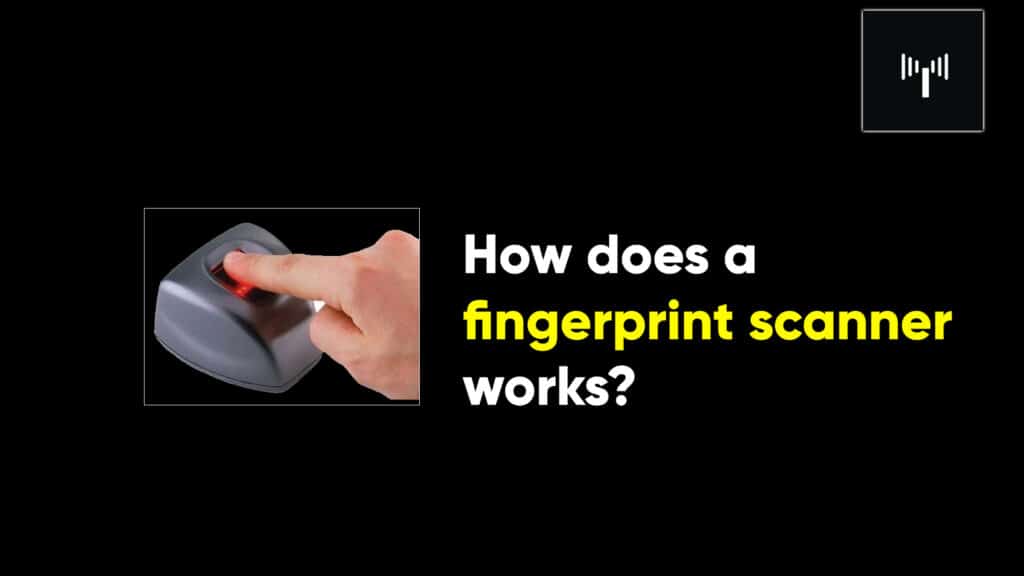 In today’s world, the computerization of society requires us to consider a variety of strategies for restricting access to information held on computers. In addition, the password-based system of user authorization and authentication is one of the most widely used, although it has several disadvantages. Biometric user authentication, particularly fingerprint authentication, can be used as a substitute for password protection in some situations. And all that is required is a fingerprint scanner and the associated software that is included with each device.

What is a fingerprint scanner, and how does it work?

It is a gadget that reads the picture of a finger in its whole as a papillary pattern and then communicates the scan result to a computer software program. A specialized program checks the resultant image with a sample image that was developed during the process of creating a biometric password for the user.

There are several different kinds of fingerprint scanners.

Based on the physical basis of operation, all currently in use fingerprint scanners may be divided into three categories:

This sort of scanner gets a picture based on the characteristics of the semiconductors, which vary depending on the contact area of the papillary model and the scanner used to generate the image. The technology behind this sort of scanning equipment can be based on a variety of different technologies, including:

The functioning of these scanners is based on the effect that occurs when the crests of the papillary pattern and the components of the semiconductor matrix come into contact with each other in a semiconductor device.

The fingerprint scanner of this sort performs its work by utilizing a one-of-a-kind matrix of piezoelectric components. When a finger comes into contact with the matrix, the ridges apply pressure to it, but the depression does not apply pressure. In response to the pressure applied to the matrix, a picture is generated.

These scanning devices make use of pyroelectric components as their sensor, which allows them to scan in the dark. These sensors detect the temperature differential and then convert it to a voltage using a converter.

This scanner of this type is comprised of micro-antenna, which create a weak signal and are used to detect radio frequency signals. According to the pattern of the electromotive force produced by the papillary pattern, the resultant picture is formed. This method is used to create a visual representation of the fingerprint.

These are similar to thermo-scanners. The only difference is that the finger must be held over the glass rather than attached to the glass itself.

The technology for acquiring images of the papillary pattern is the same as that used by capacitive broaching scanners, but the method of collecting the images is different. The scanning surface is kept in place by the finger.

These devices operate on the same principles as radiofrequency broaching scanners in terms of operation. The best approach to get rid of the picture is not to place your finger on the gadget, but rather to run your finger around its surface instead.

Scanners that use optical technology

It is via the use of an optical technique that this sort of fingerprint scanner acquires the picture of a finger. The operation of these types of gadgets is supported by a variety of technological innovations.

These devices take advantage of the effect of a changed internal reflection to scan for objects in the infrared spectrum.

The fingerprint scanner is comprised of a fiber optic matrix with each fiber carrying a photocell, as shown in the illustration.

The process of obtaining an image is accomplished via the use of an electro-optical polymer that has a layer that emits light.

This sort of equipment is a refinement of fiber optic devices in which it is necessary to slide a finger across the surface to get an image, rather than connecting it to the computer.

You must maintain your finger on the roller to obtain a picture, and you will be taking images of your finger with papillary patterns.

These days, fingerprint scanners aren’t only reserved for the most expensive smartphones on the market. Even a mid-range vehicle that is cheaply priced might come with secure extra gear. Technology has progressed since the early days as well; here’s a look at how the current fingerprint scanners operate and the differences between the two models available.

What is the operation of a capacitive scanner?

Capacitive scanners are the most prevalent since they are the most out of date and, as a result, the most thoroughly tested. However, optical sensors, which were introduced later and are more accurate and readily defeated than capacitive sensors, are used in a large number of cellphones.

Capacitive fingerprint sensors are used in virtually all fingerprint sensors that are not incorporated into the screen. Due to the way it is constructed, they employ electric current to read fingerprints through a series of tiny capacitors (also known as capacitors), each of which has a little electrical charge, hence earning the name.

Consider the sensor as a checkerboard made up of squares (capacitors), but on a tiny scale, with each of the capacitors being smaller than the width of a fingerprint ridge.

Each capacitor is comprised of two conducting plates that come into contact with one another when the crest of the footprint makes contact with the sensor’s sensor. The quantity of charge that a specific capacitor possesses varies when the two plates are connected. And, whenever there is a dip in the print, the demand for that particular capacitor remains constant at that point.

What is the operation of an optical scanner?

It is considerably simpler to comprehend optical scanners since they employ a more easy technique of enrolling the fingerprints of the smartphone owner: they take photographs of the fingerprints.

Optical sensors, which are less secure than capacitive ones (a photo is enough to fool them), can be placed under the display of a smartphone, allowing you to construct smartphones that are completely screen-sized.

Despite this, there are certain drawbacks to fingerprint recognition. For example, a damaged touch surface or a filthy finger might prevent the fingerprint from being identified.

What is the operation of an ultrasonic scanner?

One of the most recent fingerprint scanning technologies to join the smartphone industry is an ultrasonic sensor, which was disclosed before its inclusion in the Pro smartphone le Max. Qualcomm’s Senso ID technology, as well as other components of the architecture, are also critical. In the case of this particular phone.

An ultrasonic transmitter and receiver are used in conjunction with each other to capture the specifics of a fingerprint image. The finger is put over the scanner, and an ultrasonic pulse is sent against it. This is followed by the scanning process. Then, a portion of this pulse is absorbed by the sensor, and some of it is reflected towards it. The ridges, pores, and other features that distinguish each fingerprint play a role in how this occurs.

There is no microphone on the other end of the line to listen for these return signals. As an alternative, a mechanical stress sensor is utilized to quantify the strength of the ultrasonic pulse returning at different locations along the scanner’s length. Performing extended scanning enables the acquisition of extra depth data, resulting in a highly detailed 3D replica of the scanned fingerprint. Because of the 3D nature of this acquisition approach, it is a safer alternative to capacitive scanners than they are already.