These consoles will no longer be able to purchase Shark Cash Cards, which are required to unlock the in-game currency in Grand Theft Auto Online. This will take effect on September 15, 2021.

According to a press release from Rockstar, shutting down GTA Online for these consoles will have “no impact on access to, or progress within, the Grand Theft Auto V story mode.”

Rockstar also stated that the shutdown will not affect the game’s multiplayer feature. You simply will not be able to connect to the online world while playing the game.

Additionally, on December 16th, 2021, the website stat tracking for Grand Theft Auto Online will be discontinued.

Several additional Rockstar Games’ PS3 and Xbox 360 games that contain Social Club connectivity, including Max Payne 3 and L.A. Noire, will be shut down earlier on September 16, 2021, as part of the studio’s ongoing effort to simplify operations.

It speaks well of Grand Theft Auto Online’s popularity, as well as the massive install bases of both the PS3 and Xbox 360 platforms, that Rockstar Games was able to keep the lights on for so long.

Grand Theft Auto V was first released on these systems nearly eight years ago, and the much anticipated online open-world multiplayer option came a month after the game’s initial release. Over the course of its existence, the service has spanned all the console generations.

The game was re-released on the PlayStation 4 and Xbox One in 2014, on the PC in 2015, and on November 11, 2021, it will be made available for the PlayStation 5 and Xbox Series X / S consoles. For GTA Online with modern technology, there appears to be no solution in sight. However, it’s reasonable that, after over eight years of service on systems that are no longer in production and difficult to obtain, it’s time to call it quits. 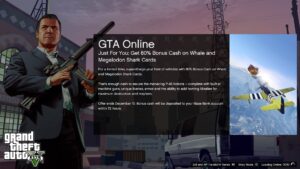