Android users can now download the Battlegrounds Mobile India open beta version from the Google Play Store, which is not yet available for iOS devices  You can sign up to be a tester for BGMI on this page and get a sneak peek at the unreleased version of the game.

Furthermore, this means that the Battlegrounds Mobile India public version may not be released on June 18th, as had previously been speculated. Beta testing normally takes a few days so that Krafton can detect and repair any flaws, bugs, or issues before the product is released to the public.

A spokesman for Krafton has also stated that all gameplay progress gained during the early-access beta will be carried over to the stable game whenever it is released. However, there has been no confirmation of a date for the public release of the game.

Also confirmed is that the number of early access slots will be gradually increased during the day, and you can participate in the early stage of BGMI from this page.

In just a few short weeks, Battlegrounds Mobile will be released in India, and the highly anticipated game has been receiving a great deal of interest over the course of the past few days.

Krafton has been teasing a number of aspects for the upcoming battle royale game, including the maps, vehicles, and weapons, for quite some time. All of these teasers lead us to believe that the game is just a rebranded version of PUBG.

Krafton has made no attempt to conceal the similarities between the two titles, and the PUBG Mobile label has even been preserved in the URL link to the Play Store. For the time being, it appears that the launch of the “made for India” game will go as planned.

The game is not currently available to the public, which means that only a small number of Beta testers who opted into testing early will have access to it for the time being.

Downloading the game from the Google Play Store is now available to beta testers who will be able to get a sense of what Krafton has planned for Indian gamers. Following a series of cryptic hints and suggestions, many members of the gaming community speculated that the game will be released around the 18th of June.

It appears that experts and optimistic fans may have been correct after all, but in a very different way from what they had imagined. Despite the fact that Battlegrounds Mobile India (BGMI) is already live, it is only accessible to a limited number of players at this time.

Krafton and the PUBG Mobile development team were forced to start over from the beginning, and after months of testing and tweaking, they have a game that is ready for release in the Indian market. Unquestionably the most significant game release in India in the last few years, it is unlikely that it will be long before the public is allowed to join in and players may once again participate in their favorite battle royale. 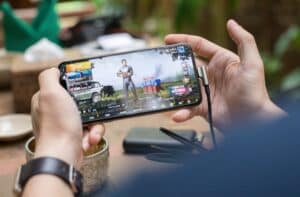 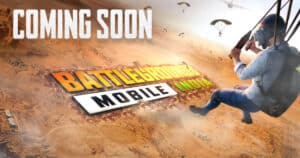 Krafton is Back with Battlegrounds Mobile India: Know More