Jay “Sinatraa” Won has been dismissed from Riot Games for six months because he had “not cooperated entirely” with the pending probe into a charge of sexual harassment. The inquiry is based on a charge from March of this year when a former girlfriend accused Jay “Sinatraa” Won of sexual harassment and supporting videos and screenshots of tweets. At this time, Riot has suspended Won, who promotes Valorant and organizes most online tournaments, and Sentinels, the team on which he plays.

According to Riot, this latest suspension is related to Won’s behavior during the investigation. In a statement, the company said:

The competitive operations team had serious concerns with Sinatraa’s conduct during the course of the investigation. It was determined that on at least two occasions Sinatraa misrepresented certain facts, made false statements, and did not cooperate with the investigation in a way expected of a professional Valorant esports player.

Of note, Sinatraa’s public commitment on social media to provide the full audio and video clip referenced in the original post was never fulfilled. Cooperation in these investigations is of the utmost importance, especially when the nature of the allegations is as serious as sexual assault. This behavior will not be tolerated by Valorant Esports.

Won began competing and grinding last year in Valorant yet became prominent in the Overwatch League. In 2019, he was designated MVP – but after all the accusations in March, OWL started to give refunds on its MVP in-game skin.

After today’s Riot verdict, Won released on Twitter a message that “I’ve been dwelling on my ability to be more than a human for the past two months.” Regarding the inquiry, he wrote:

I want to preface this by saying I do not have the video / audio that she used in her statement. After our relationship ended she had asked me to delete the video and I honored that. I’ve never even imagined a situation like this so when it all happened I didn’t know whether to just spill out my side or not. I had no clue what to do so I seeked [sic] legal help immediately.

As we were drafting up an update with the legal PR team we had added that I would provide the video because we genuinely thought that the video would have to be shared in full since it’s a key part in the investigation. However that did not happen and I should not have promised something I could not personally deliver. This entire experience has been humbling and an opportunity for me to come out the other side a better person.

Concerning the original accusation of sexual harassment, Riot said, “At this juncture, we’ll refer the authorities to carry out further investigations on the allegations and factual reports,” given that the case was referred to the police force. Riot added: “The competition operations unit retains the right to reopen the case and take more necessary actions if additional evidence is found, from law enforcement or otherwise.” 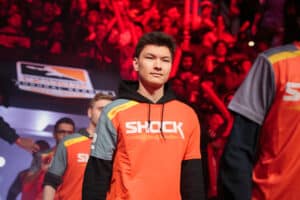 Journey of Sinatraa to His Assault Allegations 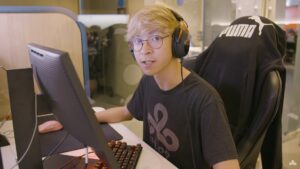