As the Krafton mobile company continues to move on to India with the PUBG title, it is now going to get a new patch with new functionality for PUBG mobile users in other regions. One of them takes the game, a step up by presenting 2 of Monster Kong and Godzilla’s most fervent rivals. Your UMP, UZI, and AWMs would also probably not work.

As part of Patch 1.4 that affects gamers until Tuesday and June 8. It has been confirmed that Mechagodzilla (spoiler for those who have not yet seen the film) will be present during the game not only at Godzilla and King Kong but also randomly. You, players, and other creatures (especially monsters) can destroy the world around you. They’ll also drop down some energy crystals that can boost your game experience and skills and gain an edge over your competitors. These can be used to burn, detect players in the vicinity and beyond.

Even, from 25 May, by boarding a helicopter in the lobby you can play the case final Titan Last Stand. Other updates include a new overview, a new Arena mode map, and a new Coup RB which is the fastest vehicle ever in the game till now.

There is no official launch date yet for Battlegrounds Mobile India. The title is however intended to cover exclusive in-game activities such as equipment, features, and its own esports environment, along with competitions and leagues.

About PUBG Scene in India 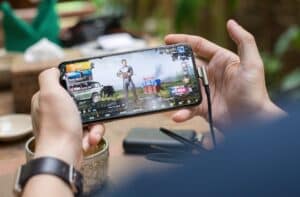