Battlegrounds Mobile India will be available on the Google Play store for pre-registration from May 18. On Friday, The developer posted the news on their website. The Indian version of PUBG Mobile, which was banned in September 2020 is developed by South Korean video game developer Krafton and confirmed last Week by its official name and a new policy on privacy. There is no release date for the title, but we finally have a pre-registration date. Krafton revealed in an online post that Battlegrounds Mobile India would be on the Google Play store to be pre-registered by May 18. The developer also told us media that pre-registrants would get exclusive prizes when the game is launched. Krafton did not share a release date for the game, as reported. It has however tweaked one of the maps in the game – the iconic 4×4 map of PUBG Mobile – Sanhok. It may not be known as Sanhok, however.

Last week, Krafton made an official Statement of Introducing Battlegrounds Mobile India, and the privacy policy was revised. Players under the age of 18 must obtain permission from their guardian or parent to play the game, in accordance with the rules. Parents or guardians who believe that without their permission, their children have given sensitive details will contact the developers to request the removal of information from the system.

Mobile India battlegrounds have differences in gameplay with PUBG Mobile, but some India-specific tweaks are available. It will be accompanied by special in-game activities with new amenities and features. The developer says that the game is also going, to begin with its own eSports environment, including tournaments and leagues.

Some Features of Battlegrounds Mobile India

Krafton announced, in the press release, that the Mobile India Battlegrounds have Indian-specific features. The game maker says the game will be made exclusive for citizens of the country with in-game events, costumes, competitions, and leagues. Prior reports show that Mobile India Battlegrounds will have avatars, unlike PUBGs, where you are half-naked in the video. It looks like the developer will decide that Battlefields Mobile India will be better suited to people or will be more sanskari.

As the name suggests, Mobile India Battlegrounds will not be released in any other region, only for the Indian market. It says you can’t play Mobile India Battlegrounds with people abroad. The chance to play a game with people from around the country, as available worldwide, is one of the outstanding features of PUBG mobile in China. Unfortunately, with the forthcoming title, this will not be the case. 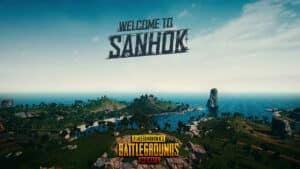 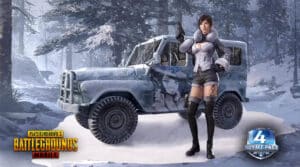