NODWIN Gaming is Southern Asia’s leading esports company, and the world’s leading developer and publishers of Riot Games teamed together to carry out the APAC Last Chance Qualifying Tour for the VALORANT Conquerors Championship Teams compete for a Rs 25 Lacs (33,000 USD) prize pool in the South Asian leg for several Sub-Regional Qualifiers. From 15 June on, registrations will begin.

Instant successes from VALORANT led the path to other grassroots events around the region, leading the VALORANT Champions Tour idea to robust and inclusive competition. With VALORANT Esports South Asia is a rapidly expanding hub, fans want to go on the global e-sports track. The competition aims to provide athletes and teams in the region with the required international presence. NODWIN Gaming will run the Riot Games expertise-supported event.

“A big potential to propel themselves to the stardom is provided for the whole VALORANT ecosystem in South Asia. A Last Chance Qualifier presence is very well merited because of the wealth and publicity it produced in recent years. At the VALORANT Esports, the global road map for VCT 2021, we and our partners at Riot Games worked together to create this ladder connecting South Asia. We look forward to a terrific competition,” remarked Akshat Rathee, NODWIN Gaming MD & Co-Founder.

“At Riot Games in South Asia, we have listened to the rising demand for the region in our road map VCT 2021. This is our first move in opening up the region’s sports. We are deeply pleased with the portfolio of VALORANT sporting events from NODWIN Gaming and its support in the area, as well as their capacity to provide our competitive gamers with a World-Class Valorant event,” stated Sukamal Pegu, Publishing Leader in India & South Asia, Riot Games.

The tournament will Conduct 6 qualifiers:

Each qualifier will fill several seats through registrations followed by online matches. Qualifying teams will survive the playoffs, and the champion will make his way to the APAC Last Chance Qualifier, where qualifying teams from Southeast Asia, Korea, and Japan will compete. The APAC, Last Chance Qualifier winner, takes part in the VALORANT Champions Tour, the global final in the 2021 championships, with a single team. Detailed data will be published and shared soon concerning the registration dates, competition formats, and schedule. 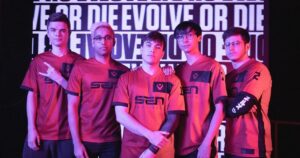