Till June 3, 2021, the Among Us will be free to download from Epic Games Store. As part of Epic Games Store’s Mega Sale, the popular social deduction game is provided free of charge. It started on 20 May and lasts through 17 June. Among Us was Released in 2018, but last year it acquired huge popularity, as everybody had been constrained to their home by the coronavirus outbreak. InnerSloth, the creator of the game, said earlier that the game will be available for  PlayStation 5 and PlayStation 4 shortly.

InnerSloth’s social deduction game may be downloaded free during its Mega Sale from Epic Games Store. Ever since Epic’s sales are held each week a mystery game will be provided free of charge, and it is Among Us’ turn this week. The game normally takes place at the store at Rs 119.

Wait, what? No, we’re not the Imposters – we were on the other side of the ship, unlocking the #EpicMEGASale Vault… 👀

Claim Among Us for FREE on the Epic Games Store now, and tag your favorite crewmates here!

The Mega Sale offers a $10 coupon (Rs. 750 coupons) that can only be obtained through an online subscription. The voucher may be used on any game that is greater or costly than $14.99 (about Rs. 1,100) and allows the consumers to take another voucher. In addition to the vouchers, titles such as Assassins Creed Valhalla, Cyberpunk 2077, Red Dead Redemption 2, and many more provide discounts. 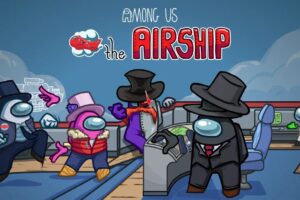 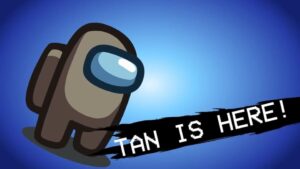