Astra, the new 15th Valorant agent, will join the roster on March 2, 2021, with the premiere of Episode 2 Act 2. The newly named delegate agent Astra is a Ghanaian Radiant Controller. She manipulates celestial forces to reshape battlegrounds according to her needs. Astra is still in plenty of trouble, due to the utter mastery of her astral form and a knack for deep strategic foresight.

The beginning of the Valorant tale is marked by an incident known as “First Light.” There are few specifics about the case. The only established truth is that the First Light was the first recorded observation of the rare element Radianite, which altered the course of history.

Radianite is a rare mineral with a lot of untapped energy potential. It fits well in a number of different types of equipment. Radianite can bestow special abilities on certain people. The skills are vastly different from one another, and the outcomes vary greatly. Radiant applies to those who have the talent. Kingdom Corporation is a Valorant-based entity that tries to harness the strength of Radianite for sinister purposes. Kingdom Corporation can be found on all of Valorant’s maps.

In response to First Light, a shadow organization called the Valorant Protocol was created to stop Kingdom Corporation and protect the Radianite. Agents are recruited through the Valorant Protocol. Some of the characters are Radiants, while others use Radianite weapons from all over the world to complete the task.

“African Futurism was a huge inspiration for us when it came to designing Astra’s thematics, once that element was brought into her development all the pieces naturally fell in place,” says Valorant Officials.

The Gravity Well will pull players within the area toward the center before it explodes. Any player trapped inside will become fragile.

When the Nova Pulse is placed, it will charge briefly before detonating. When it goes off, it will concuss all players within the area.

This is Astra’s signature ability, and it’s essentially just her smoke. You simply place a star, and then activate it to transform it into a Nebula.

When you dissipate a star, it allows it to be placed in a new location.

Activate to enter Astral Form where you can place stars with primary fire. Stars can be reactivated later, transforming them into a Nova Pulse, Nebula, or Gravity Well. 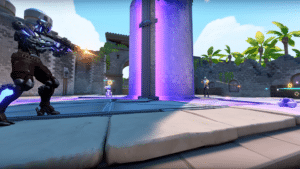