Valorant Episode 2 has already surprised many gamers and is one of the favorite patch notes amongst all. The last patch notes 2.01 is a little shocking because it has many disappointing updates that the community didn’t think about. Mainly in Patch 2.01, the updates have a deal with Jett’s Smoke, wherein its duration has now been dropped from 7 seconds to 4.5 seconds to help the developers to continue maintaining the Controller Agent role. They do fix many glitches like the most popular known to be a bug that would cause either a Radiant icon or an error message to show during the End of the Game screen instead of the correct rank details, which is fixed now.

Valorant Patch Notes 2.02 are out now and an official article has been posted by Riot Games on their Blog website.

There have been huge bugs that were noticed by the community and appealed Riot Games to fix them. Riot Games have fixed them in this patch. The bug where players could silently plant the spike is fixed now, as is a bug with Omen’s “Shrouded Step” that caused it to get caught on corners. Fixed a bug that was causing the Promotion screen to show for a shorter amount of time than intended. Reduced brightness on initial visuals when blinded from flashes. And many bugs are fixed, you can visit the original blog post of Riot Games and have a look on them. 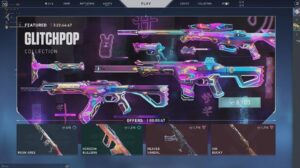