Android applications are evolving with time. Developers are looking for new ways to improve their apps in terms of usability and stability. After Java, companies are adopting Kotlin at an impressive rate.

Unlike Java and other languages, Kotlin is a fairly new language. It is developed using the robustness of Java and the power of C++. Kotlin is a high-level open-source programming language, currently targeting Java and JavaScript. It is widely used in Android app development.

Kotlin runs on a JVM and uses the LLVM compiler infrastructure. It solved many issues which Java developers were facing earlier. Kotlin is influenced by several popular languages such as Scala, Groovy, Gosu, etc. It basically uses existing Java classes to produce amazing results.

Why You Should Prefer Kotlin Over Java?

Kotlin is known for its code safety, clarity and especially interoperability. You can call Java anytime while writing code in Kotlin. It has a great feature-packed IDE and tools support. You can even use its extension functions to build clean APIs. So, let’s see some advantages of Kotlin as compared to Java. When a developer starts working on a software or application development project, he/she usually have a list of tasks to be done and targets to accomplish.

With Kotlin, they can solve problems more easily and fastly. It has better support for functional programming (than Java) that allows developers to use function concepts more concisely. It will not only improve the performance but also help developers to maintain the consistency. Gone are the days when developers have to write pages of code to achieve some common functionality. Kotlin allows you to solve the same problem in fewer lines of code. Kotlin is a way more concise than Java. It doesn’t only save time but also promotes readability and code maintainability.

If you are a developer, you won’t have to deep dive into the sea of logic and code to solve a simple bug. With Kotlin, you can read, write and change code more efficiently. Kotlin brings many useful features like smart casts, data classes, type interference, etc. 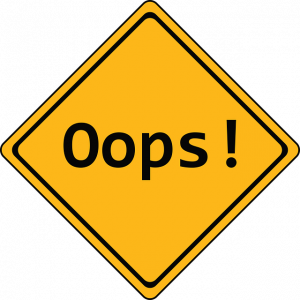 Bugs, system failures, and application crashes are some of the things that make development take more time.

Kotlin prevents common programming mistakes by default and helps developers focus on potential problems and write better and robust code. It greatly reduces the possibilities of error which were prominent in Java.

4. Shrinks the Base code to Enhance Productivity Developers often make certain shortcuts while programming to reach a deadline. This is called technical debt that generally reduces productivity and slows down the development.

Kotlin helps developers to reduce technical debt to a certain extent. It shrinks the base code and which further improves the code quality. If you shift to Kotlin, you will see a reduction in the number of lines of code. This makes code maintenance a lot easier. This reduces the development time, reduces the possibility of bugs and make the code more maintainable.

These are some of the reasons why you should prefer Kotlin over Java. Besides this, Kotlin gives developers a chance to take their skills to the next level. If you already know Java, you can learn Kotlin easily and quickly. Also, it’s important to note that popular applications like Pinterest, Evernote, Coursera, Uber, etc have already shifted to Kotlin. Hence, there won’t be a better time to learn Kotlin.

1 thought on “Why Do Programmers Prefer Kotlin over Java Programming?”