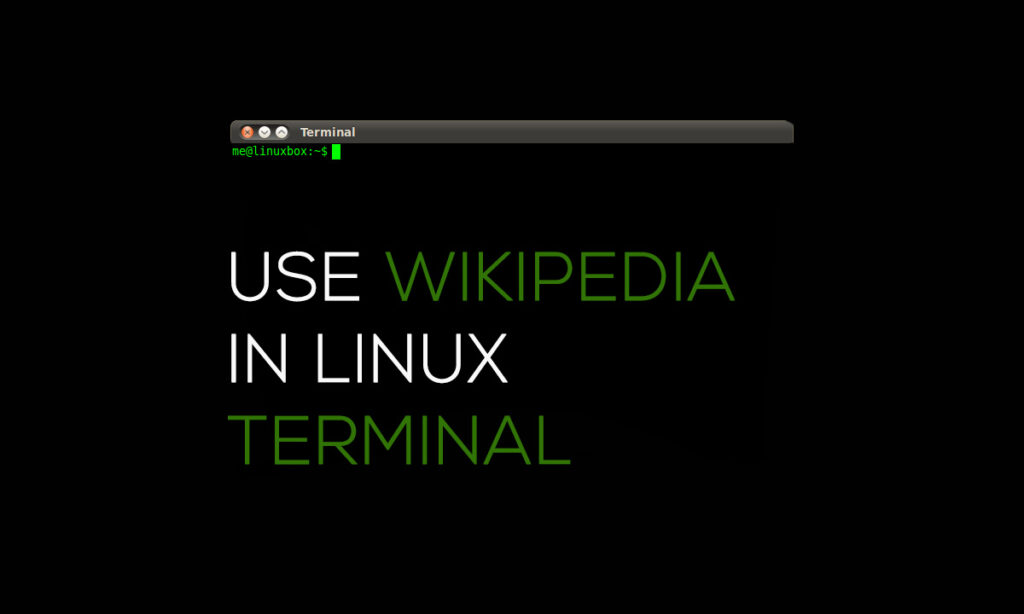 Wikipedia is a free online encyclopedia owned by Wikipedia foundation, it is the largest and most popular general reference work on the Internet, and is ranked the fifth-most popular website on the Internet today. Wikipedia’s web pages are pushed by all popular search engines to the top of their searches to improve their search results due to its vast and correctness of majority of the information.

Being in an era of GUI’s we all like to use graphical interface to get the information we want and why not, it’s just taps away but GUI is not the only way. Linux terminal and its subsidiaries are fully capable of browsing Wikipedia information through it…Yes..!! You read it correctly. There are many Linux utilities which you can use to search Wikipedia and get useful information. Some of these provide crisp summaries of articles and save your time by removing duplicate and useless information.

How to surf wiki’s information on Terminal?

So now the question arises how we can do it in the terminal? The answer is simple. We need to install terminal’s wiki’s subsidiary. Wikit command line program is one of the best at present time, it is a way to get a summary of search topics from Wikipedia in the command line in no time

For other distros, you can use ‘yum’, ‘pacman’, ‘dnf package manager’ instead of apt-get

How to use wikit on terminal :

You can also use flags or attributes for getting a more precise output. The flags could be placed anywhere, before or after Wikipedia search query.

Here are the flags that you can use:

You can also get complete information on Wikit by simply running following command: