Call of Duty is one of the most popular names in the gaming industry. The series has been around for over 11 years now and it has become a household name, a multi-billion dollar franchise, and both a loved and hated annual event. Millions love to play call of duty but there are also many individuals that absolutely despise the franchise.  Below, are some of the key things that has led to the call of duty’s upcoming game, black ops 3 lose its quality.

Black ops 3, is one of the call of duty series that requires the use of the PS4, Xbox one and the personal computer. The game of three modes: the battles, robots and multiple players, has taken into the dark future of the human beings where, robotic technology will have been well received almost everywhere in the world.

To begin with, call of duty games are expensive to purchase. It takes one a total budget of between ninety dollars to up to one hundred and thirty dollars to successfully procure all the parts of this game and it includes four downloadable contents that will cost from $ 15. This rules out the customers who cannot afford all this amount thus end up turning to other cheaper computer games that meet their pockets well enough.

Like other computer games, Black ops 3 does not seem to have fully embraced the issue of having a gender balance in its entire development. Though the game have a female lead option and only four co-op supports 4 characters, the number of ladies characters compared to the male characters is very small. This rules out customers /players people of the female gender as it makes them feel discriminated by the developers. This reduces it quality with time as it shuns away ladies or male too who find it uncomfortable to have few female characters implying that there is a serious problem there.

Usage of very different graphics is another Black ops 3 problem. The game requires some of the currently top graphics card and very high levels of computer random access memories to function well. Basically, black ops 3 requires at least 4.096 gigabytes of the G P U’s random access memory. Not all computers and PCs meet this requirement. Consequently, this reduces the buying power of the customers resulting to a reduced quality of the games in the market.

Lastly, since the game has a setting of the future where human being generation have not reached yet, another black ops 3 problems is it have lots of fictions in the game. It is not real to fight inside water using certain weapons like snipers. The game entails battling at some points in the space and even in water. The campaigns, war in pacific for instance , is a campaign that is a total fiction and some of the players feel like they are lied to very much and thus opt to look for other computer gamins that gives them a feel of reality reducing the quality of call of duty games.

To sum it all up, the feel of discrimination of some gender, usage of very high quality and expensive graphics that have many requirements, high cost of purchase and usage of lots of fictions are some of the black ops 3 problems that have led to a reduced quality . 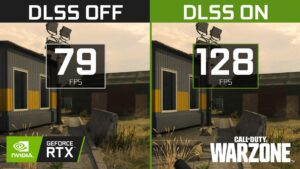