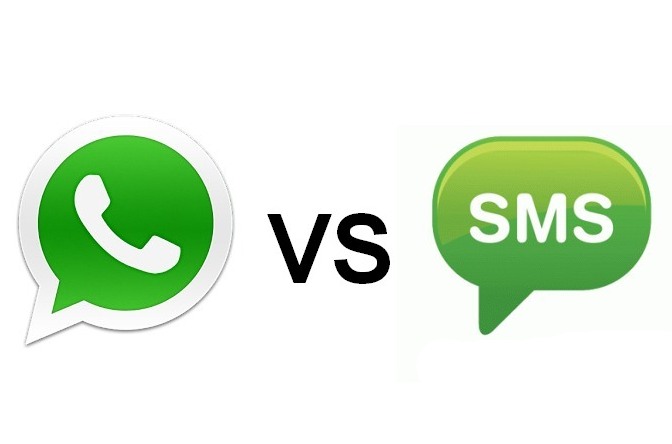 Social media and Instant messaging apps aren’t taking over multiple methods of communication and advertising. It already has taken over, big time. There are new programs seem to be released daily that claim to make our communications with friends and companies quicker, easier, and more efficient. With all the different platforms used on phones, tablets, and computers, we need to be able to use a program that allows all these platforms and operating systems to work together as well as possible.

SMS, or short message service, is the beloved texting service that those who got cell phones before smart phones took over, used and still use. Texting has modernized with smart phones, allowing us to send pictures, videos, and emotionalize our comments with emoticons. WhatsApp and WeChat is a newer messaging app that allows more texting capabilities with photos, videos, and open sharing for more than one person at a time, like most social media platforms. There are reasons that old school programs live on and remain popular throughout all of the newer programs and apps.

6 reasons: Why whatsApp won’t take the place of SMS?

2. Privacy is still priority to a lot of people

There are many reasons why a social media site works for so many people and businesses. Being able to reach thousands and millions of people at once is a tremendous asset to any marketing and advertising campaign. With so many people following one person and their posts, there are that many more people who want to exploit them. Hacking is possible no matter what, but the risk goes down the less one puts themselves out there. One on one conversations are still important to a lot of people.

When using new apps and communication pathways like whatsApp, a lot of people find out they don’t use nearly all of the capabilities of the programs. It is fun to mess around with new technology but after the Christmas morning feeling is gone, people go back to only what they really need.

There are many types of people and for more people than one would think, simple sells. A lot of people have no want or need for being able to reach thousands of people and businesses with what they are thinking at the moment.

New messaging apps requires internet connectivity and the same app on the receiver side but Nobody likes to turn the internet ‘ON’ whole day because it eat your phone’s battery. Many people may say it allow us to send thousands of messages if we have internet connections which is not possible in SMS. But if we think twice, we will find that FREE things causes a lot of problem .. we can’t even read ten messages and whole day our phone rings and we have to keep it on silent mode at home or anywhere.

Texting will always be a top way to communicate. With the onset of cellphones, those with the 2″x1″ screen, simple texting was high-tech. As cell phones modernized and became smart, a lot of people stay with the simple phone capabilities of texting and messaging to 1 or 2 people at a time. There is a big age range of people who do stay with what works and will be sticking with simplicity until they no longer need a cell phone. Those born into the generation of smart phones and the current social media, will likely stick to what they know also.

3 thoughts on “6 Reasons : whatsApp will not take the place of SMS”